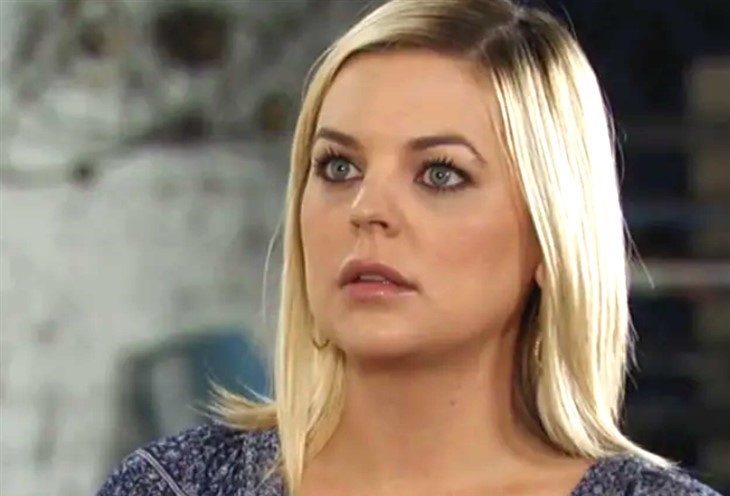 General Hospital (GH) spoilers tease in Port Charles, New York Maxie Jones (Kirsten Storms) is planning to marry Peter August (Wes Ramsey) in the coming weeks. The two of them have slowly built a relationship, despite the fact that Peter is the son of Cesar Faison (Anders Hove).

Faison was a master criminal and responsible for a huge share of pain in Port Charles over the years. And while Maxie knows that Peter had been groomed to be a criminal like his father, she also believes he has turned away from that life. She also isn’t aware of everything that Peter has done.

Peter was Helena Cassadine’s (Constance Towers) partner in the memory mapping scheme. And to that end, he had worked with Shiloh Archer (Coby Ryan McLaughlin) to kidnap Drew Cain (Billy Miller) as part of the scheme years ago. When Shiloh landed in jail for his crimes as the leader of the Dawn of Day cult, he blackmailed Peter into helping him escape from prison. Shiloh eventually died when Sam McCall (Kelly Monaco) shot him. For a while it looked like Peter’s past crimes would stay buried.

But Peter was concerned that Drew would discover the truth, and he was responsible for Drew’s plane going down. In addition, Peter also hired a hitman to kill Franco Baldwin (Roger Howarth) and Andre Maddox (Anthony Montgomery) in order to keep everything quiet. He also made sure those crimes were blamed on Leisl O’Brecht (Kathleen Gati). So Peter believes that he is in the clear and Maxie will never discover his past.

Forces Are Gathering Against Peter AUGUST

But even as the wedding draws closer, Peter’s enemies are circling in. O’Brecht has manipulated Dante Falconeri (Dominic Zomprogna) into returning to Port Charles to find evidence against Peter. Meanwhile, Robert Scorpio (Tristan Rogers) and Damian Spinelli (Bradford Anderson) have formed an unlikely partnership with the same goal. Everyone is hoping to open Maxie’s eyes to the truth before she says “I do!” Another reason for the urgency is the fact that Maxie is pregnant with Peter’s child.

When Will Maxie Find Out?

It’s only a matter of time now before Maxie learns the truth, but will she have already exchanged vows. It seems almost a certainty that everything will come out on the wedding day, but whether or not it is before or after the ceremony is anyone’s guess!

Will Maxie learn the truth about Peter before or after she exchanges vows with the criminal? Who will be the one to finally be able to show Maxie the proof? And where will Maxie go from there? Anything can happen in Port Charles, so stay tuned to General Hospital airs weekdays on ABC. And don’t forget to check back here regularly for all your General Hospital news, information, and spoilers!