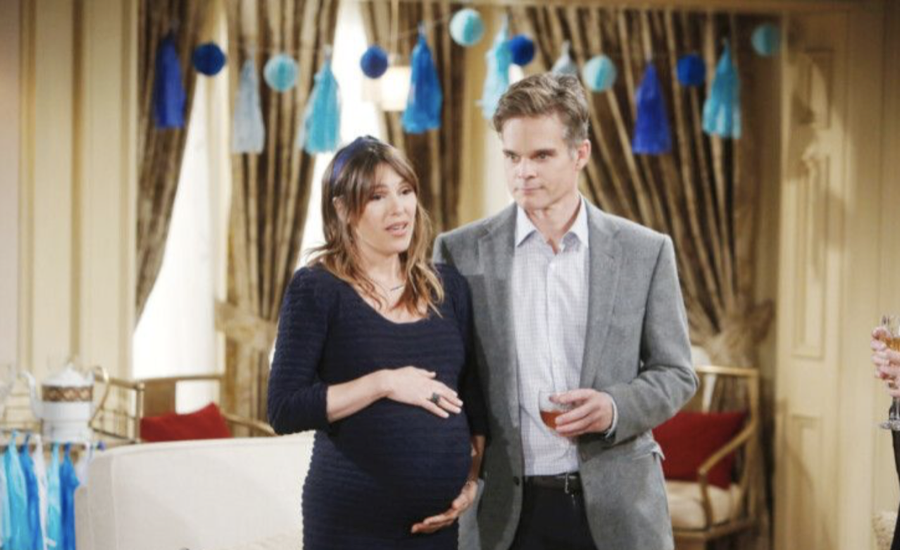 The Young and the Restless spoilers indicate that the moment both Chloe Mitchell (Elizabeth Hendrickson) and Kevin Fisher (Greg Rikaart) have been waiting for is finally here: Chloe is about to give birth to their son. However, it’s going to be anything but a smooth experience for all, as a very cranky Chloe is going to make things rather difficult for her husband. Here’s what you need to know.

The Young and the Restless Spoilers: A Cranky Chloe Goes Into Labor

According to the latest edition of Soap Opera Digest, Elizabeth Hendrickson, who plays Chloe on the hit CBS soap, admits that no matter what Kevin tries to do or say to make Chloe feel better, she’s just not having it.

While Chloe certainly appreciates what Kevin is doing for her, her crankiness gets the best of her. In other words, she just wants him to shut up, as clearly Kevin is not the one who is about to go in labor and deliver this baby of theirs. Clearly, a lot of first-time mothers out there can relate, right?

The Young and the Restless spoilers say that thankfully, things will settle down later as Chloe and her mother Esther Valentine (Kate Linder) will share a sweet moment together. Esther will try to ease her daughter’s nerves by recalling her own childbirth experience, when Chloe made her dramatic debut on a staircase during a very stormy night. During that moment, Chloe understands more than ever before what her mother has done for her.

The Young and The Restless Spoilers: Adam Newman Gets Even With Billy Abbott – What Does He Do? #yr #YoungandRestless https://t.co/CYQqt6CTeC

The Young and the Restless Spoilers: Esther Comes To The Rescue At Just The Right Moment

Speaking to Soap Opera Digest in a new interview, Elizabeth Hendrickson, who also gave birth to her daughter Josephine back in March, puts it this way, “Kate looks at me as her daughter, so there are moments when you can see in her actin that she really means it from the bottom of her heart. There are very nice moments for us to share on stage together as friends, colleagues, and pseudo-mother and daughter.”