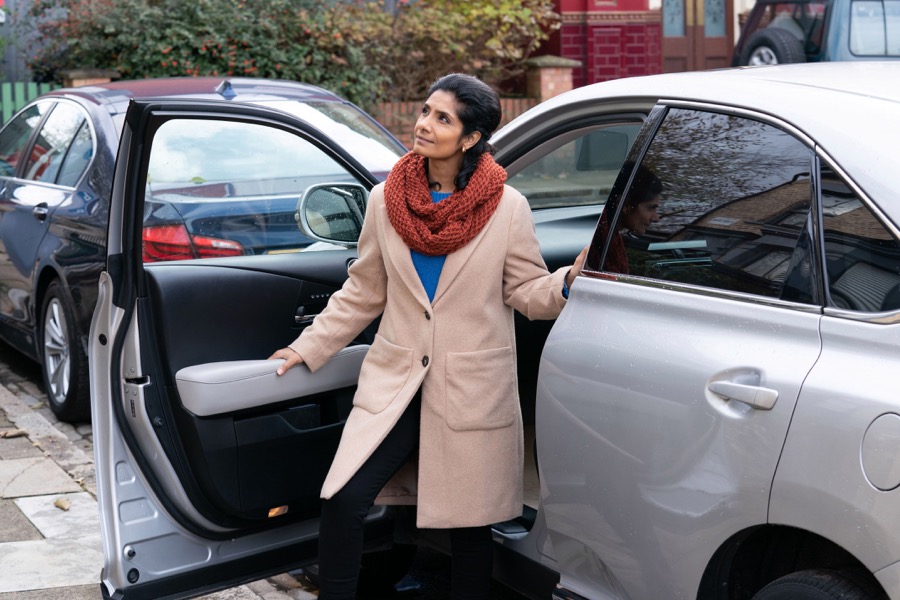 Eastenders spoilers reveal that Suki Panesar (Balvinda Sopal) will do anything to keep her family going in the direction she sees fit. However, it seems that her son, Jags Panesar (Amar Adatia) will continue to make mistakes and bring trouble to the family. With the actor’s exit confirmed and a family member’s horrified reaction, could Suki end up murdering her own son?

Suki rules her family with an iron fist and she has certain expectations. She is not the type of mother that you say no to. Jags seems to keep making mistakes that Suki has to fix. One of those is his scheme to help Ruby Allen (Louisa Lytton) solve her identity theft dilemma. However, Jags ended up getting caught in the planned robbery and had to run. Suki showed up to make sure that Jags stayed out of trouble.

Eastenders spoilers reveal that Jags will make a big announcement to his family. He will tell them that he is in a relationship with Habiba Ahmed (Rukku Nahar). Suki has always ruled over her children’s love lives and to her, Habiba is not an acceptable partner.

It is confirmed that during the week of October 5, Suki will find Jags jeans covered with Martin Fowler’s (James Bye) blood. She fears that Jags being so irresponsible and his poor decisions will come back on the family. Like she explained to Kheerat a few weeks ago, she doesn’t want the police once again scrutinizing the family’s every move.

From this day forth, we must all leave parties like this. #EastEnders pic.twitter.com/7C8RJcHoQ2

Eastenders spoilers state that after the bloody jeans discovery and relationship shocker, Suki will get revenge on her son. Could she try to “protect” the family unit by getting rid of a serious liability… even if it is her own son?

It is already confirmed by Metro that actor Amar Adatia is leaving the soap. So, could he be written out when Suki kills Jags for the “greater good” of the family? We will have to keep watching the soap to see how this storyline develops over the next few weeks.