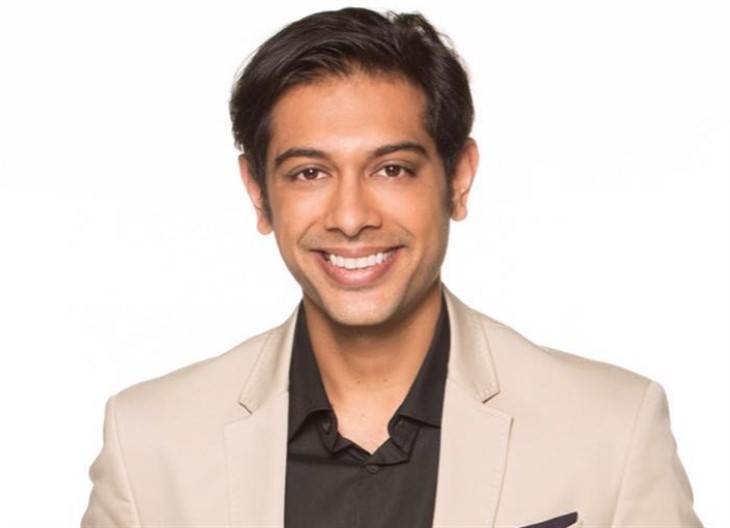 The Young and the Restless spoilers reveal the terrific news that alum Abhi Sinha (Ravi Shapur) has an exciting primetime role to talk about. According to the handsome and talented actor, fans can see him on S.W.A.T. as soon as the new season hits.

He went on Instagram to share the good news and we have the details for you here.

Young And The Restless cast alum Abhi posted a picture of himself in between takes on his new show and he looks fit and happy as he sports a mask and sits next to a director’s chair with the show’s logo on it.

His caption reads, “Always grateful to work, but especially during a pandemic @swatcbs – Coming Wednesdays this Fall! @davidbradleylim @shemarfmoore @jayharrington3.”

Abhi’s fans were ecstatic to hear that they will have a chance to see him onscreen soon. One responded, “Yayyyyyy!!!!! So excited to see you on my favorite show!!!!! Congratulations!!!!❤️❤️❤️❤️❤️❤️❤️.”

Another said, “WTG! Love the cute commercial you’re in. Lol,” and one wrote, “Cool!! My son worked background on SWAT last week and the week before. 😊.”

One Y&R fan noted, “I miss you on Y&R, loved you and @eileendavidsonofficial together, but so happy for you! Congratulations!🎉.”

The Young And The Restless Spoilers – Will You Be Watching Abhi Sinha On SWAT?

S.W.A.T. is based on the 1975 television series of the same name; the new series was developed by Aaron Rahsaan Thomas and Shawn Ryan. The show debuted in 2017 and was renewed for a fourth season in May.

Before he left Y&R, Abhi’s character Ravi was a tech nerd who was in the process of transformation. Ravi debuted as a highly-skilled IT guy but by the time he left the caterpillar had become a butterfly!

Many fans would have loved to have seen where Ravi and Ashley Forrester (Eileen Davidson) would have taken a relationship but the show didn’t go there.

At the moment Ashley is about to help her sibs get to the bottom of a delicious mystery which involves their ailing mom Dina Mergeron (Marla Adams). Young And The Restless spoilers have hinted Ashley could come out of the situation with a romance and that would be terrific for long-time fans of the talented actress who want to see her stick around Genoa City for a while.

The Bold And The Beautiful Spoilers: Eric Busts Quinn And Shauna