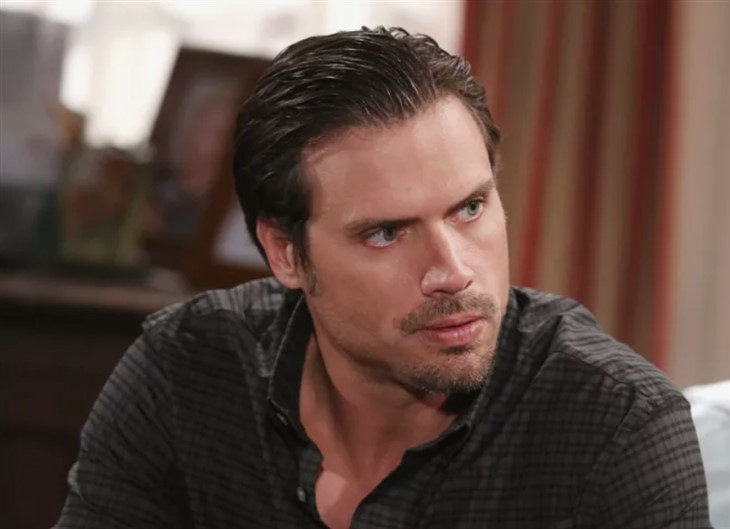 CBS The Young and the Restless star Joshua Morrow (Nick Newman) says that while he’s super happy and grateful to be back on the show, things have certainly changed on the set of the hit CBS soap because of the ongoing pandemic that has been the coronavirus. Simply put, things just aren’t the way they used to be before everyone across the nation, and the world was forced into lockdown back in mid-March. Here’s what he has to say.

Speaking to Soap Opera Digest, both Joshua and his co-star Michelle Stafford (Phyllis Summers) admit that the vibe back on the set is different than what it was before. No one is hugging or laughing anymore, nor are they hanging out in each other’s dressing room and going through lines. Instead, Joshua says that the mood definitely feels “sterile.”

The handsome actor told the publication, “The hallways are really quiet and spooky, it’s weird, man, but we are so appreciative to come back to work, but it’s just a different environment, one that it’s just a different environment, one I’m not super fond of yet. Everyone is being super careful because we are really committed to making this work though.”

Michelle says she couldn’t agree more. In fact, she says that she couldn’t help but get very emotional over all of the changes that have occurred, especially knowing that everyone is living in such a challenging time in the world right now. She added, “When we were doing promos that we were coming back, I couldn’t stop crying because it gives so many people joy, and I feel emotional about that.”

The Young And The Restless Spoilers: Chloe Tries To Convince Chelsea To Leave Adam And Never Look Back! #yr #YoungandRestless https://t.co/gBzo69CL3j

With that said, it’s without a doubt that fans are incredibly happy to see Nick, Phyllis, and the rest of their favorite characters back on set and back to causing mischief in Genoa City. Here’s hoping that things stay that way, too. That, and that things will slowly, but surely go to back to the way things were before. Fingers crossed!

Days Of Our Lives Spoilers: Is This The End For Kristen DiMera?