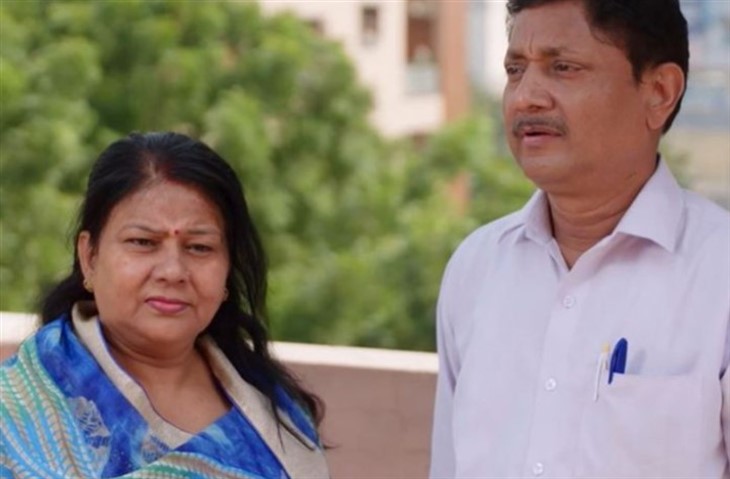 TLC’s “90 Day Fiancé-The Other Way” star Jenny Slatten accuses Anil and Sahna Singh, Sumit Singh’s parents of telling some lies. Her side of the story of when she first came to India is very different than theirs!

In one of the episodes that aired before the mid-season break, Sahna and Anil spoke about Jenny and when she first came to India to meet their son. They said they believed they were just friends and that was the only reason they let her stay at their house. It was supposed to be a few days but turned into four months. Jenny says that’s just not true. She said, in a recent interview with “Entertainment Tonight” that they knew all along that she and Sumit were involved romantically and that was why she traveled to India!

Jenny says they had been together since 2011 and she came in 2013, so of course they knew. She said that was all she could say about it, however. She says they can’t say what their reasons are for not telling the truth but Jenny knows what they are. Jenny promises fans will get more of a look into the situation between her and Sumit’s parents on the show as the season progresses. She also says there will be more of an in-depth look into Jenny’s relationship with Anil and Sunha. Right now, things are not showing a lot of hope for their relationship to improve, according to Jenny.

Another thing Sahna has been quoted as saying is that she and Jenny were friends. Jenny disputes that as well. Jenny says while she stayed there for the initial four months that Sahna did grow to like her at the time, and that Jenny tries to be a nice person. Sahna was nice to her too, but the relationship between them was not as friends, although they were friendly with each other at the time. Jenny says also that Sahna as well as Anil knew that she and Sumit loved each other the whole time.

Jenny says also that she understands their concern about her and Sumit’s age difference, which is considerable, but that it doesn’t change anything. Jenny is actually a little older than Sahna. Perhaps Sumit’s sneaking into Jenny’s bedroom and their having sex like a couple of teenagers is what threw the monkey wrench into a good relationship between Jenny and Sumit’s parents! Sahna said that their relationship is inappropriate and that she should have related to Sumit as a son, not a boyfriend. Jenny understands why Sahna would feel that way, being Sumit’s mother.

She continues, saying that they love each other and were in a romantic relationship online way before she came over to India so it was too late to break them up. Anil and Sunha are also upset that Jenny can’t give Sumit children, but Jenny says that doesn’t matter since he doesn’t want children anyway. The way it stands now, she won’t be accepted into the family but if they need Sumit he will be there for him and she’ll let him. She just feels lucky to be so loved by Sumit even if she and his parents don’t get along so well!

Stay tuned to TLC’s “90 Day Fiancé-The Other Way” and check back here frequently for all the latest news, updates, and gossip about all your fave “90 Day Fiancé” shows and stars!