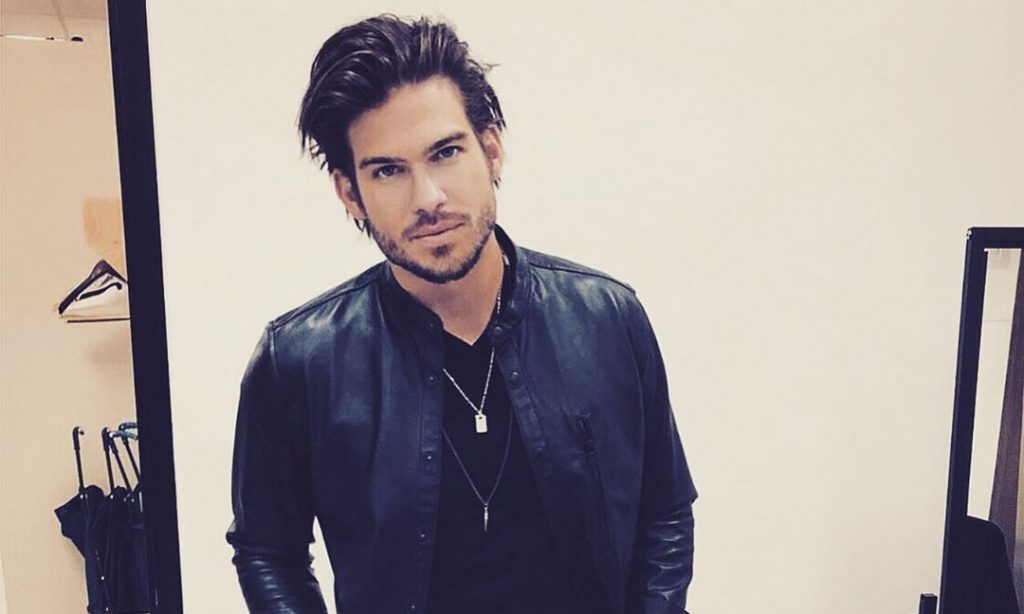 The actor who plays Theo Vanderway on Y&R is excited to be appearing in a new Lifetime thriller movie coming up shortly.

Tyler Johnson, the actor who plays Theo Vanderway on The Young and the Restless is excited to be playing a different role as a character named Sean in the Lifetime thriller movie, Adopted in Danger. He recently posted on Instagram to say he is humbled by the opportunity to make movies with such great people.

The new Lifetime thriller will premiere on Sunday, January 26 at 8 pm. Originally shot with the working title, Killing Your Daughter, the film was shot back in March 2019 and at that time, Tyler posted a number of photos on social media, saying how excited he was at the opportunity and complimenting his co-stars. Johnson said that while “the family was fake, the love was real.”

Other soap alums in the film

While Tyler plays the role of Sean, the story revolves around the main cast member, Candace (Allison Paige), who has a DNA test and reconnects with her birth parents. Initially Candace is thrilled to find her birth family, but eventually finds out that some family histories are best left alone. Days of Our Lives fans might remember Paige from her appearance as Jill back in 2008, as well as a role as Bev Walters between 2013 and 2015.

Christie Burson (True Blood and Beyond the Mat) stars in the film as Margot. Several other soap alums are in the cast, including Courtney Kanelos, who was on General Hospital and Port Charles, with a brief stint in 2019 on Days of Our Lives plays Jill Stevens. Sarah Aldrich, who was Victoria Newman on The Young and the Restless in 1997 stars as Jeanette. Jason Brooks, who played Peter Black on Days of Our Lives also appears in the film as Tom Mason. Tessa Munro, who played Tanya Araiza on All My Children and Mary Beth’s mother on Passions, plays the role of Henrietta. Last but not least, Mel Fair, who was in Passions as a radio announcer and played a reporter on The Young and the Restless stars as Bill.

Tune in to watch the thrilling Lifetime movie, Adopted in Danger on Sunday, January 26 at 8 pm.