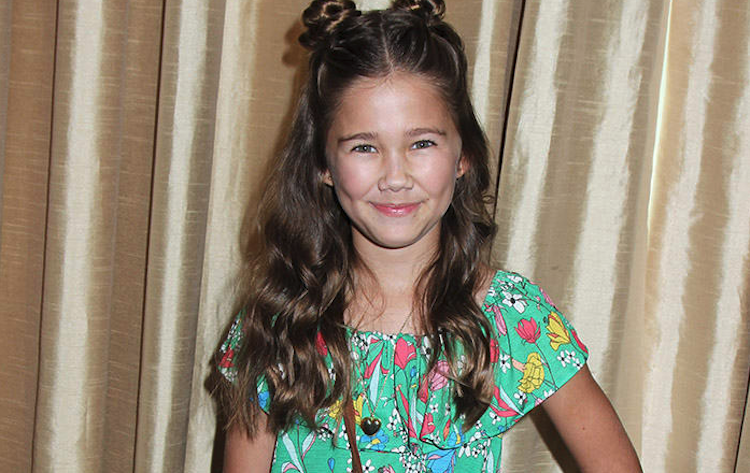 Brooklyn plays Emma Scorpio Drake and was last seen in December 2018 when she visited her grandparents in Port Charles for Christmas.

Latest news for General Hospital reveals that Brooklyn Rae Silzer will be coming back to the show on Thursday, February 6. She will reprise her role as Emma Scorpio Drake, granddaughter to Anna Devane (Finola Hughes) and Robert Scorpio (Tristan Rogers).

The 13-year-old actress was last seen back in December 2018 when she visited the family in Port Charles for Christmas. Now she is being added to the cast once again. A thrilled Brooklyn took to Twitter (well, her mother did as Brooklyn is too young to hold an account!) and wrote that she was so excited and can’t wait to return to General Hospital.

She later posted another tweet, where she said “dreams come true,” while thanking General Hospital and Valentini Frank for having her back on the show, followed by hugs and kisses.

No doubt Emma will be spending some more time with her grandparents and if we are lucky, her mother Robin (Kimberly McCollough) will make an appearance too. So far, it is unknown whether this will be a brief stint or whether she will be staying on General Hospital for a while.

Interesting to note, Brooklyn’s return to General Hospital comes in the wake of the return of Nicolas Bechtel as Spencer Cassadine. It seems like a younger storyline is in the making for the show!

Besides her appearance in General Hospital, the young actress has been seen in The Storyteller and CSI: NY. Born in 2006, Brooklyn received a nomination for a Daytime Emmy Award for Outstanding Younger Actress in a Drama Series in 2013. She was also nominated for Young Artist Award – Best Performance in a Daytime TV Series – Young Actress in 2014.

In 2016, she was again nominated for a Young Artist Award, this time for Best Performance in a TV Series, Recurring Young Actress 13 and under. She was also nominated for a Daytime Emmy Award for Outstanding Younger Actress in a Drama Series in 2016.

Besides the nominations, in 2016 Brooklyn won a Young Entertainer Award (YEA) as Best Young Actress – Daytime Series. Her skills appear to run in the family, as her younger sister Londyn Silzer is also an actress and model. Good luck to Brooklyn! Watch out for her on General Hospital on Thursday, February 6.