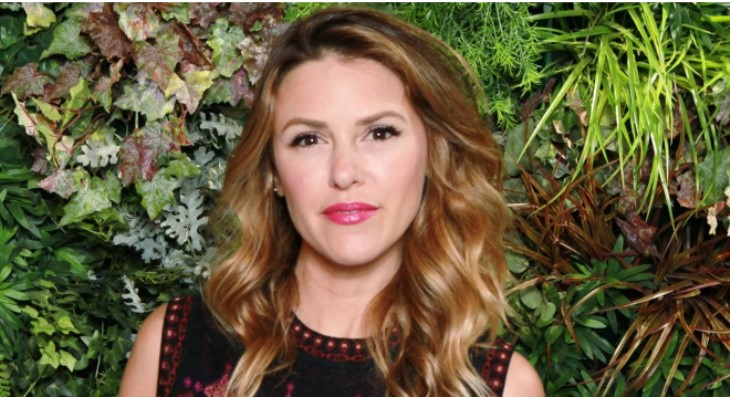 Viewers know that Elizabeth Hendrickson, also known as Chloe Lanier on “The Young and the Restless,” recently gave birth to Josephine James Meder on March 27. Luckily, her real-life pregnancy was written into her storyline in the sudser.

Back in December last year, the actress joked on Instagram that she’s having a baby. “Well, it’s official, we’re having a baby!” the actress said in a post where she shared a photo of her and Greg Rikaart holding a crib.

“I’m so thrilled that Y&R wrote my pregnancy into my storyline. What a special way to document me and my baby girl’s journey. Greg, you’re an incredible hubby on and off-screen! Greg passed on Monty’s crib to us. Thank you, Greg, Rob, and Monty for the good juju! Now, let’s hope this baby sleeps!” the actress continued.

The Young and the Restless Spoilers – Hendrickson Announces Pregnancy

Back in October, Hendrickson broke the news that she and husband, Rob Meder, were expected a baby girl in March 2020. While preparing for the arrival of their child, Hendrickson received a lot of gifts from her friends. Aside from the crib Rikaart gave, Michelle Stafford, who plays Phyllis Summers also said she’s got some baby stuff for her co-star.

During the holidays, Hendrickson was proud to flaunt her baby bump as she posed for a photo, which she posted on her Instagram account. The actress’s mother, Kim Hendrickson-Radovich had a tea party as a way to welcome the arrival of her granddaughter.

“I can’t wait for our little girl to experience all the love that is waiting for her,” Hendrickson said. Now, that Hendrickson has already given birth, viewers have to watch out for Chloe and Kevin’s baby to come out.

On “The Young and the Restless,” spoilers hint that Theo Vanderway’s (Tyler Johnson) plan isn’t going according to the way he wants it to. Summer Newman (Hunter King) once said that Theo wants to live Kyle Abbott’s (Michael Mealor) life.

Theo and Kyle have been rubbing each other the wrong way since day 1. And all the fighting has driven Jack Abbott (Peter Bergman) to his breaking point. Jack is Kyle’s father and that’s why Theo needs to bond with Jack in order to make some family progress. But all the bickering and fighting is negatively affecting his scheme.

Plus, there’s Lola. She decided to postpone her getaway with Theo to New York. If Theo fails to win Lola’s heart, he might become obsessed with destroying Kyle even more. If he can’t be happy with Lola then Kyle has no right to be happy with Summer.