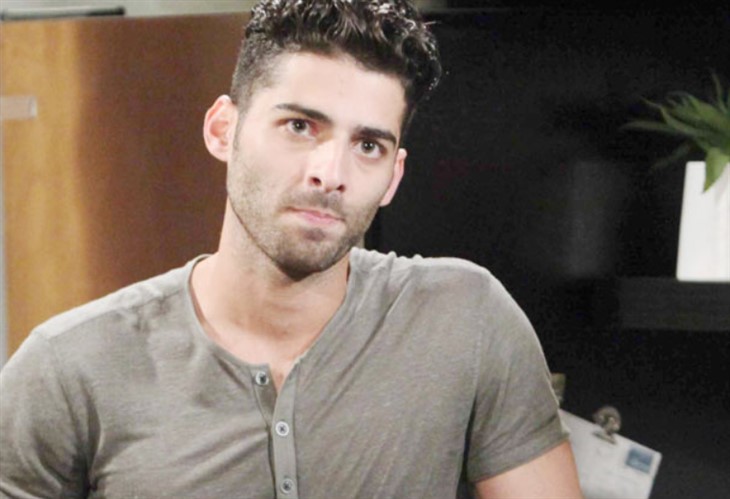 CBS The Young and the Restless spoilers tease that the rumor mill is in overdrive with hints that Jason Canela could be back as Arturo Rosales, just in time for Rey Rosales (Jordi Vilasuso) and Sharon Newman’s (Sharon Case) nuptials. There’s always room in Genoa city for another Rosales isn’t there?

But if that’s the case he has a lot of nerve after how he’s treated Rey and his ex-wife. You’ll recall that the reason Arturo is out of town in the first place is that he slept with Rey’s ex-wife as they were trying to get back together. And got her pregnant. And that was the second time he broke his brother’s heart, although the first time he slept with Rey’s ex-wife there was no pregnancy involved.

The Young And The Restless Spoilers – Should Arturo Rosales Comes Back To See His Brother Rey Rosales Get Married?

We last saw the hunky construction genius in 2019. At that time the show elected not to renew his contract. But the star took the opportunity on Friday, November 20, to post a photo of himself to his Instagram story, standing outside the CBS studios. Is this a massive hint or just a massive tease?

Many fans are reading into the photo proof that Arturo will once again be back in Genoa City to stir the pot with his giant ladle.

Y&R Spoilers – Is Rey Rosales About To Get A Major Surprise At His Wedding?

If you’ll recall Arturo made a comeback to see his sister Lola Rosales (Sasha Calle) marry Kyle Abbott (Michael Mealor). That marriage ended in divorce but who’s to say that Arturo was bad karma?

It seems like Rey has forgiven Arturo for sleeping with his ex and maybe wants to finally bury the hatchet. What better time to do so than at a happy event? Rey and Sharon are doing a bit of wedding planning, maybe there’s an invitation with Arturo’s name on it?

The Young And The Restless Spoilers – What Happens Next in Genoa City?

The wedding is planned for New Year’s so the timing for an appearance is spot on if Canela is taping scenes now.

The Young and The Restless Spoilers: Lily Wants A Family Holiday -Turns Into A Battle Between Nate and Devon #yr #youngandrestless https://t.co/mT7RdtYS64

Of course, there is every possibility that the handsome and talented actor was at the studio to visit a costar or for a business that had nothing to do with a Y&R return—but we’d like to think otherwise!