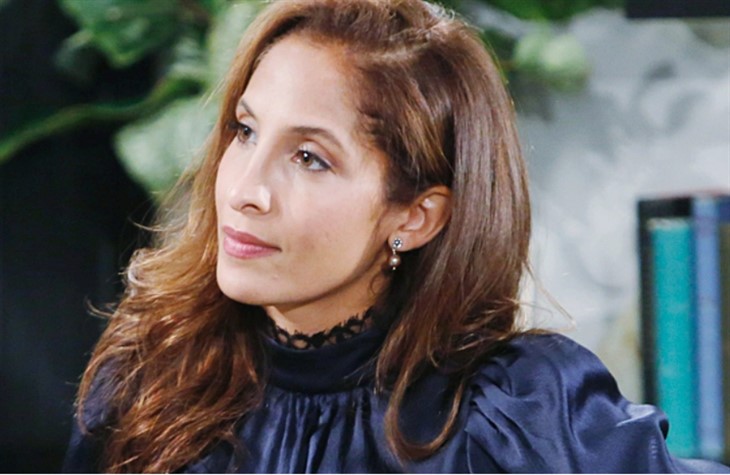 CBS The Young and the Restless spoilers divulge that Lily Winters (Christel Khalil) has a surprising trick planned for her family for Thanksgiving. What does the Genoa City, Wisconsin vixen plan to spring on Devon Hamilton (Bryton James) and Nate Hastings (Sean Dominic)?

Lily thinks that Thanksgiving is a time for the family to be together and count their blessings but she didn’t bother to consult with anyone else about her great idea! She manages to pull off a sneaky move but will it backfire or pay off dividends?

Lily and Devon plan to celebrate the big day together but then she tells him that his love rival and relative Nate is coming, too. Khalil talked to Soap Opera Digest about her character’s maneuver saying that she told Devon she invited Nate, the doorbell rang as if on cue, and then Devon and Nate were face to face.

She gave her brother no warning and no time to say no which he probably would have given the fact that Nate slept with Devon’s SO and now there is no love lost between the men.

Y&R Spoilers – Who Will Carve The Winters Family Turkey?

According to Khalil, “As Lily points out, they’re not the only family but the only family they have so for today they can put their differences aside.” That’s easy for Lily to say, she wasn’t the one burned in a love triangle!

What does Devon do? He really has no choice and he and Nate end up face to face.

Khalil dishes that the fam eventually sit down to a massive feast but times are tense. She says that they work hard to pretend that everything is OK but will another alpha male war break? The last time the men tangled punches were thrown and doctor Nate ended up with a badly cut and injured hand (guess we know who won’t be carving the turkey).

The only thing missing is Elena Dawson (Brytni Sarpy) the vixen who was at the center of the storm after sleeping with Nate on their clinic’s exam table—double ew!

According to Khalil, Lily eventually bids her farewell leaving Nate and Devon alone. What happens next? Be sure to tune in to see if WWIII breaks out or if a surprise guest arrives!