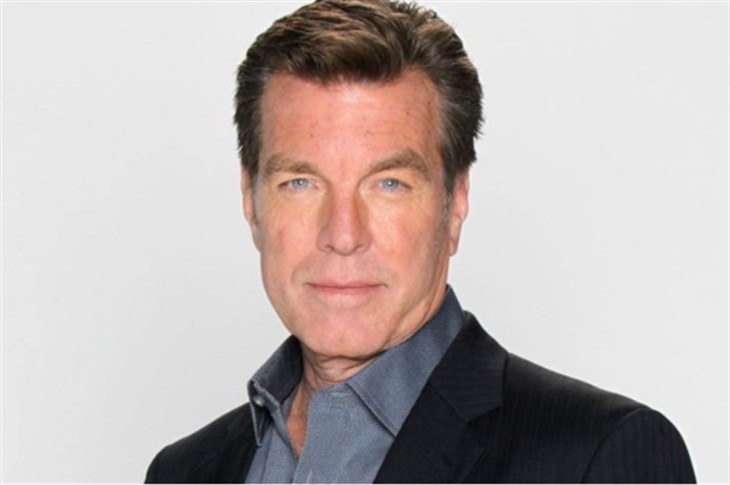 CBS The Young and the Restless (Y&R) spoilers tease that Peter Bergman (Jack Abbott) debuted in Genoa City in 1989. He took over the role from Terry Lester and put his own refined spin on the Abbott playboy who has now become it’s the wiser patriarch. Bergman recently sat down with Soap Opera Digest to look back at his tenure on the show and we have some of his insights for you right here.

It would be impossible to talk about Jack Abbott without bringing up his life’s nemesis Victor Newman (Eric Braeden). Bergman says he has relished going up against the soap icon in scenes for three decades and notes that Victor, “is everything that Jack doesn’t want to be.” He also says that he and Braeden shared incredible chemistry from day one.

What did he think when the show killed off John Abbott (Jerry Douglas)? “That was a seismic shift for Jack,” he says since it meant he could no longer be a carefree playboy but had to become the leader of the Abbott clan.

“I adored working with Melody when I first came on the show and still do,” he says about his character’s one-time leading lady Nikki Newman (Melody Thomas Scott).

Phyllis Newman (Michelle Stafford) was also one of Jack’s leading ladies even though she was, “nothing like Jack had been with before.” Sadly, their “marriage” ended when it was discovered that Victor had played a dirty trick on them and Phyllis married a Jack imposter instead of Jack himself!

The Young And The Restless Spoilers – What Is Next For Jack Abbott In Genoa City?

Jack’s latest significant storyline has been the death of his mother Dina Mergeron (Marla Adams). He says it is a huge turning point for his character as Jack no longer has his mother to blame for his mistakes. “I have no idea where the writers are going next and I’m fascinated.”

For a while it looked like Jack would be getting a new love interest, perhaps Gloria Bardwell (Judith Chapman). So far there has been no sizzle on Jack’s horizon but one thing is certain—he will continue to be the head of the household, no matter who is taking up residence. And devoted, longtime Y&R viewers wouldn’t have it any other way!