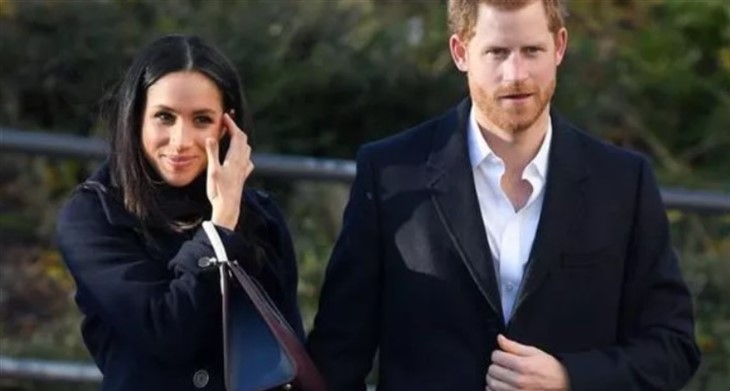 Prince Harry and Meghan Markle left the UK in search of freedom. Freedom to talk about how, when, and to whom they wanted, and freedom to make their own money. Was it a totally unnecessary step? A complete waste of time? In at least one way it absolutely was, and their burning of familial and cultural bridges may have all been in vain.

In launching Megxit like a flashy, trashy Zeppelin, they cut ties to a country and a family. And it may have been for naught, a short-sighted, expensive, foolhardy and futile exercise. Here is the main reason why.

Did Harry SAnd Meghan Cut And Run For nothing?

Shedding light on the couple’s rash, brash UK exit, an insider told Us magazine that Harry and Meghan felt isolated in London, far, far away from the crowd of dealmakers and superstars they aspire to join.

Well, guess what? Thanks to coronavirus there are no meetings to take, no power makers to lunch within Hollywood where the pair are now. The restaurants and bars are shut down in California and there is no reason to expect that power lunches will be on the menu any time soon.

Thanks to coronavirus the world has shut down in-person meetups and it has discovered the economy of digital life. Meetings easily take place virtually and life’s events, even birthdays, have gone online. Even Meghan can’t deny that, having to celebrate their son Archie’s first birthday with virtual kisses and hugs.

The source said, “They did the move to L.A. to be closer to the dealmakers.” And now that they’re in L.A. what are they doing? They are, “setting up calls and virtual meetings with agents, studio heads.”

They could have done that from anywhere. Which is reason number one why Megxit was foolish and in the end unnecessary?

Harry And Meghan’s Charity Work Has Been Mainly Conducted Online

The majority of Harry and Meghan’s charity work has been conducted online. For instance, straight outta Hollywood, they have made numerous video calls including check-ins with WellChild and the Hubb Community Kitchen. The truth is they could have made those calls just as easily from Timbuktu.

Harry And Meghan Need To Stop Lecturing The Masses From Their House On The Hill https://t.co/uMgUrJc0DY pic.twitter.com/zXSzgcszsp

Yes, they have gone out in the smoggy L.A. air, but seemingly on just two brief occasions. Those in-person appearances also could have been done online, but maybe they wanted the photo ops?

Then again, Megxit did come with benefits—not for the world they claim to want to save from itself, but for Harry and Meghan.

Pre-Megxit they were consigned to live in a musty, old renovated countryside cottage. Today they are living large in Tyler Perry’s Tuscan-style villa which has 12 bathrooms and a pool. So yeah, maybe Megxit was worth all the trouble after all. It just depends on your point of view.

The Young And The Restless Spoilers: Summer Friends Turn To Enemies By The Fall When New ‘Y&R’ Episodes Air?