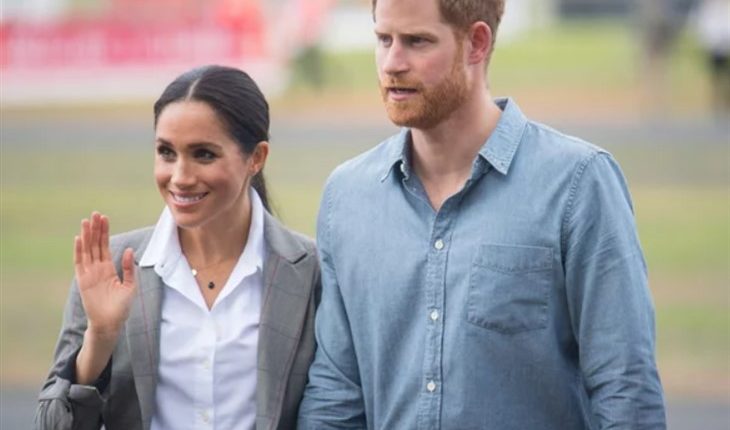 Poor Prince Harry, finding the freedom to speak one’s mind apparently isn’t easy when your wife is sitting next to you. In what is now a legendarily cringe-worthy video released by Harry and Meghan Markel, house husband Harry tried to make a joke, in between schooling the world, and Meghan wasn’t having it.

In case you haven’t heard, these two were asked to talk to a group of youth leaders from the Commonwealth and instead of encouraging them they basically indoctrinated them to their way of thinking.

Meghan tried her best to exude gravitas, sporting what has become her trademark look: a white button-down shirt with her hair yanked down her right shoulder.

When Harry tried to lighten the mood, Meghan was quick to put him in his place. What did he say that was so offensive?

Harry referred to his age, insinuating that he’s old when in fact his wife is three years older than him. Oops.

Harry didn’t take the hint and nattered on, “It is aging compared to these guys,” he replied referring to the other participants.

And then Harry really put his foot in it according to a pack of commentators, when he reprimanded the Commonwealth, a group of influential nations headed up by his grandmother, Queen Elizabeth.

According to hapless Harry, “When you look across the Commonwealth, there is no way that we can move forward unless we acknowledge the past.”

The call was supposed to be about the Black Lives Matter movement, so Harry apparently stopped reading the cue cards at that point.

Harry Went Off Script Apparently And The Result Was Horrendous

Not content to let sleeping dogs lay, Harry drove his point home by sharing his own perspective saying, “We can’t deny or ignore the fact that all of us have been educated to see the world differently. However, once you start to realize that there is that bias there, then you need to acknowledge it, you need to do the work to become more aware … so that you can help stand up for something that is so wrong and should not be acceptable in our society today.”

It would have been nice if Harry illustrated his point by talking about the time he was sent to diversity training due to his calling a Pakistani man a “rag head” or brought up that time he dressed in a Hitler outfit for Halloween.

If he had done so then perhaps we would be convinced that he really meant what he said.