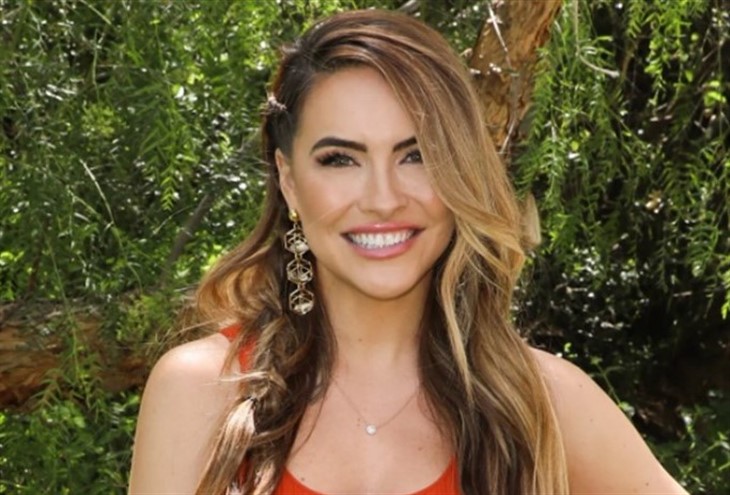 Days of Our Lives alum (ex-Jordan Ridgeway) and current Dancing With The Stars cutie Chrishell Stause almost became Bachelorette before she eventually settled and fell in love with Los Angeles Y&R Alum Justin Hartley. There’s a new report that says the actress almost had her very own season of The Bachelorette before producers decided to pick another beautiful singleton looking for television love. Here’s what you need to know.

Days Of Our Lives News Updates:

During an appearance on Nick Viall’s The Viall Files podcast, ABC executive Robert Bills says that Chrishell was close to becoming a reality television star before she became a daytime television star, and eventually, Mrs. Justin Hartley. The producers were so impressed with Chrishell’s charisma and her personality that they wanted to cast her on the show almost a decade ago.

“She would never remember this, but I had lunch with Chrishell — this was about 10 or 11 years ago — to talk about being ‘The Bachelorette,’” Mills said during his interview. “We didn’t know who it was going to be, so we were looking for people and our casting director said, ‘Oh, you should meet with this girl Chrishell Stause, she’s amazing.’ And we had this incredible lunch, I think it was at the Beverly Hills Hotel and just, she was awesome. I was convinced, I’m like, ‘This is ‘The Bachelorette.’”

While it would have most definitely been interesting to see Chrishell in the role as the Bachelorette, it was Ellen DeGeneres’ divine intervention that helped DeAnna Pappas clinch the spot.

The Bachelorette News: DeAnna Pappas Beat Chrishell To The Punch

Mills recalled, “I remember Ellen DeGeneres actually calling the president of ABC at the time, saying, ‘This woman needs to be The Bachelorette. This was before we even said we were going to do a ‘Bachelorette.’ At that point, it was like, how do we not do that?”

Clearly, Chrishell Stause was destined to become a household name even before she became a household name. Even though daytime television fans have always recognized her because of her work on DOOL, it’s the fact that she married Justin Hartley that helped make her the television personality that she is today.