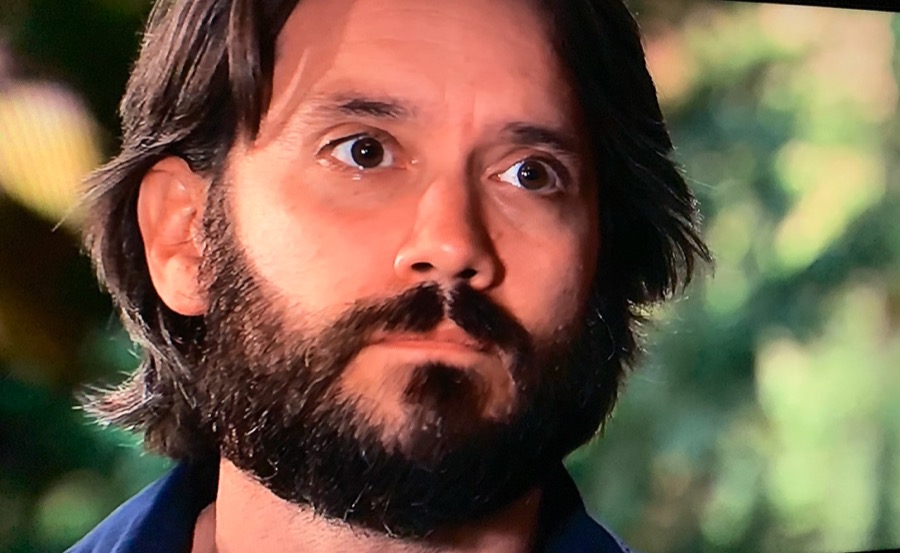 ABC General Hospital (GH) spoilers tease that Dante Falconeri (Dominic Zomprogna) is on his way back to Port Charles. He has been given a mission that he thinks is from the WSB, but really Leisl O’Brecht (Kathleen Gati) is pulling the strings. She’s using Dante’s doctor, Dr. Kirk (Christopher Cousins) to facilitate her own goals, which is to take down Peter August (Wes Ramsey) for framing her for his own crimes.

She also wants to make sure that Anna Devane (Finola Hughes) is punished for blindly accepting Peter, thus allowing him to from Dr. O! So sending Dante to get the goods on Peter seems like a good move, except for the fact that due to his brainwashing, Dante is a powder keg waiting to explode!

As viewers know, Dr. Kirk has some measure of control over Dante that he exerts by clicking his pen. It’s unknown at this time if he is now under Dr. Kirk’s control only? The doctor may have found a way to just transfer control on Dante to himself. It’s also possible that the original brainwashing is still intact, which means anyone in Port Charles could be in danger if Dante goes under once again! It seems likely that if Dante gets agitated or upset, he may be more susceptible to his programming. If that’s the case, then Dustin Phillips (Mark Lawson) could find himself in grave danger!

General Hospital spoilers show Lulu Spencer (Emme Rylan) finally gave in and signed the divorce papers that Dante sent while he was first getting treatment for the brainwashing that was done to him on an undercover assignment with the WSB. Lulu finally accepted that Dante wasn’t coming back any time soon, so she eventually moved on with Dustin.

It appears that Dustin will be moving in with Lulu in the very near future. As much as Dante wanted Lulu to move on, it will be entirely different when he sees it for himself. Seeing Dustin in his home, living his life, could easily send Dante over the edge.

As mentioned above, Dr. Kirk has some measure of control over Dante, apparently by clicking his pen. But what happens if he isn’t around and Dante gets so angry that his programming takes over, is it possible he could harm Dustin without meaning to? Or even possibly accidentally kill him? The last time Dante was around people from Port Charles, he ended up shooting Peter who has gone to look for Dante per Maxie Jones’ (Kirsten Storms) wishes. Peter only received a flesh would but it was obvious that Dante is more than capable of causing serious damage when the brainwashing takes over.

Seeing Dante back in Port Charles will certainly have an impact on Lulu. Perhaps she will reconsider her relationship with Dustin. Dante and Lulu have a history and a child together so she may be tempted to return to her ex-husband. But if Dante hurts Dustin, even inadvertently, she may realize that her relationship with Dante is over. It will be interesting to see how Dante and Dustin interact.

Will Dante inadvertently hurt Dustin because of his programming? Will Dr. Kirk be able to keep Dante under control and on a mission. How will Lulu react to her ex-husband’s return? Could she realize she wants Dante back or will his behavior toward Dustin push her closer to the teacher?

Only time will tell, so stay tuned to General Hospital airing weekdays on ABC. And don’t forget to check back right here regularly for all your General Hospital news, information, and spoilers!