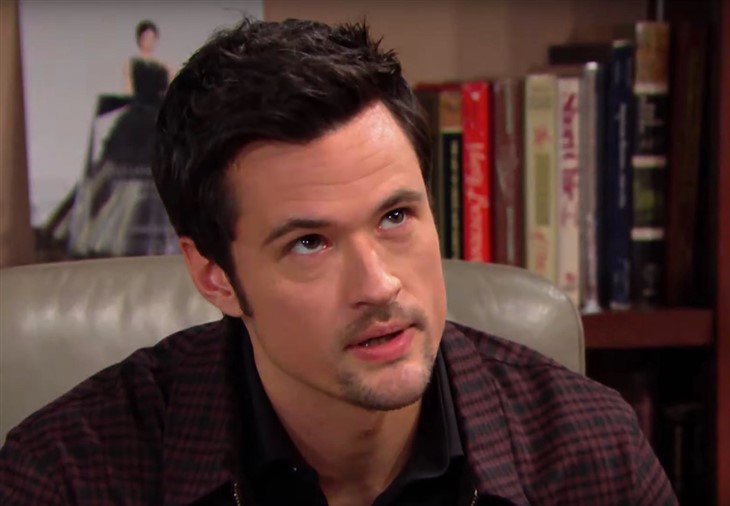 BBC The Bold and The Beautiful spoilers tease that Thomas Forrester (Matthew Atkinson) will find he has some competition with the return of Zende Forrester Dominguez (Delon de Metz).

The Bold And The Beautiful Spoilers – So Just Who Is Zende?

Longtime Bold viewers will remember Zende, but for the newer fans, here is a short history. And orphaned Zende was adopted by Kristen Forrester (Tracy Melchior) and Antonio Dominguez, “Tony” for short (Paulo Benedetti) after meeting him on a trip to Africa.

Kristen is one of the older children of Eric Forrester (John McCook) and the late Stephanie Forrester (Susan Flannery). Zende and Thomas are maternal half-cousins by adoption. Ridge Forrester (Thorsten Kaye) is not Eric’s son although he bears his last name – Massimo Marone (Joseph Mascolo) was his birth father. Zende and his adoptive parents spent time in Los Angeles and then Miami during his growing-up years.

When he became an adult, he returned to Los Angeles and interned at Forrester Creations. Like Thomas and Ridge, he is a dress designer. Zende is also a photographer. He married Nicole Avant (Reign Edwards) but even before they left town their relationship was rocky. He wanted children and she couldn’t have children due to uterine scarring after giving birth to baby Lizzy Forrester (Gianna and Isabella Garcia).

She had been a surrogate for her transgender sister, Maya Avant (Karla Mosley) so she and Rick Forrester (Jacob Young) could have a child. Zende was thunderstruck and refused to believe it and when they found errors in Lizzy’s adoption papers, there was somewhat of a baby battle. Maya, out of concern Nicole would get too close to Lizzy, arranged for Zende to transfer to Forrester Creations International and he and Nicole moved to Paris.

B&B Spoilers – What Kind Of Competition? Work Or Pleasure?

Viewers will want to know exactly what kind of competition Thomas may have with Zende. Considering that both are designers, and Ridge wouldn’t fire his own son to make room for Zende, it is probably going to be a competition of the designs. Thomas is currently working on “Hope For The Future” with Hope Logan Spencer (Annika Noelle). Their controversial past seems to be behind them, with Thomas trying to be a better man and co-parent to Douglas Forrester (Henry Joseph Samiri).

He has accepted he will never have a future with her romantically and seems to have moved past his former obsession. It has been a long time since BOLD has put on a boardwalk show! Sally Spectra’s (Courtney Hope) fake illness put the kibosh on the competition between “Hope For The Future” and Ridge’s line. At that time, Forrester Creations couldn’t afford to keep both lines and the winner would remain.

But there is a possibility that Zende could be a romantic competition for Thomas with someone in the future as well! Zoe Buckingham’s (Kiara Barnes) Paris Buckingham (Diamond White) will appear in November, about the same time as Sally Spectra’s return, who once was involved with Thomas! But for now, it is more likely this upcoming competition will be about dress designs!

Stay tuned to The Bold and The Beautiful, and keep checking The Bold and Beautiful spoilers frequently for all the latest news, updates, and developments!