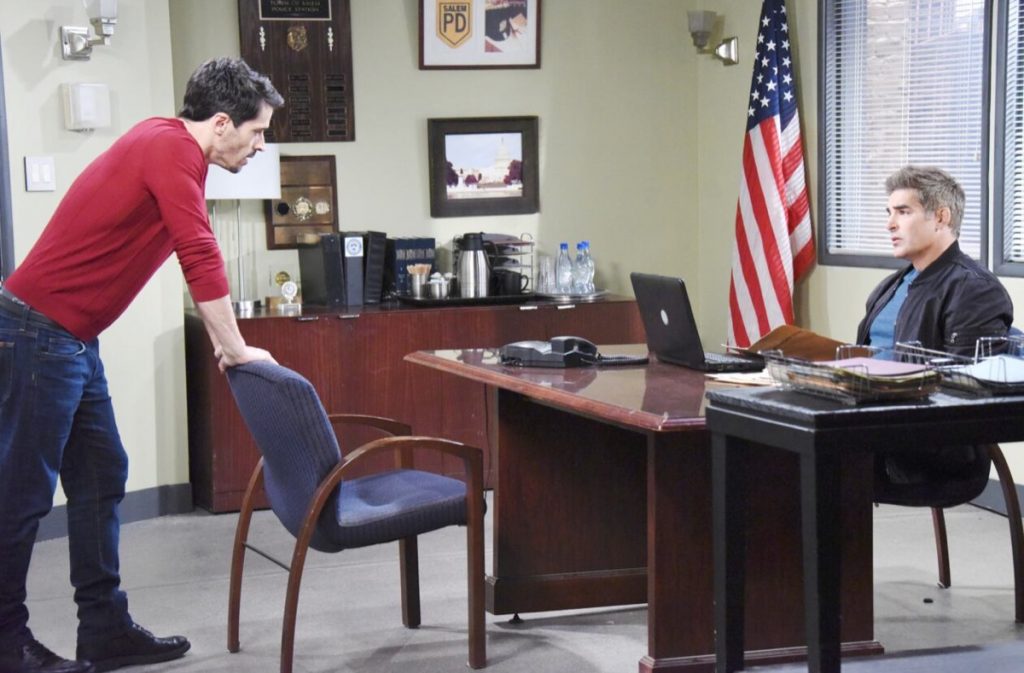 Days of Our Lives Spoilers tease that Shawn certainly suspects that something odd is going on with Hope Brady (Kristian Alfonso) and he is determined to find out what it is. However, little does he know that Hope has actually been transformed to Princess Gina and that’s why she has been acting like the royal pain in the you-know-what. Here’s what you need to know.

Through his observations, Shawn realizes that something is up. Speaking to Soap Opera Digest in a new interview, actor Brandon Beemer, who plays Shawn on the hit NBC soap says that he’s been little by little breaking down all of the little things that Hope has been doing that is out of character for her.

Brandon tells the publication, “Rafe basically breaks down everything Hope has been doing. She’s taken up smoking again, she made a pass at John, her odd behavior at work. Shawn puts it all together and tells Rafe who they are dealing with.”

Days of Our Lives Spoilers: Princess Gina Is Targeting Marlena

If that weren’t enough, Shawn also believes that the mad scientist Dr. Rolf might have had something to do with Princess Gina and her odd behavior. Days of Our Lives spoilers tease that Rafe Hernandez (Galen Gering) will suggest that they confront Hope directly to see what’s going on. But it’s Shawn who warns that they should proceed with caution. That’s because he certainly knows what Princess Gina is capable of doing, as he knows her history all too well.

Brandon further explains, “Shawn and Rafe head to Hope’s office, but find out that Gina is gone. They believe there’s a chance that Gina might be targeting Marlena, who has also gone missing. They immediately suspect that Gina has Marlena.”

It’s without a doubt that Gina wants Marlena dead and will do whatever it takes to make it happen. That’s because she wants John all to herself. Of course, it will be up to both Shawn and Rafe to make sure that they stop Gina in her tracks before she does something very regrettable and ends their life. Needless to say, Days of Our Lives fans will have to tune in to find out what will happen next.