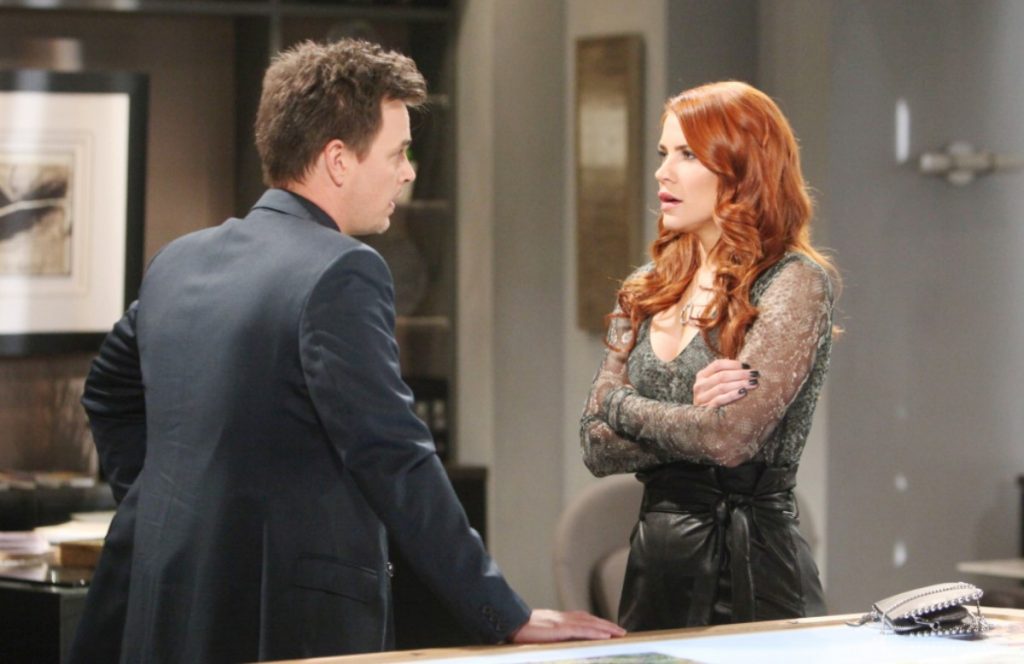 The Bold and the Beautiful spoilers reveal Wyatt Spencer (Darin Brooks) learns about Sally Spectra’s (Courtney Hope) condition from Katie Logan (Heather Tom). Then, he shares the information with Flo Fulton (Katrina Bowden), who tries to comfort him as he wonders how to be there for his former flame without crossing her boundaries. Keep reading to find out more about this storyline.

The Bold and the Beautiful Spoilers – Wyatt Spencer Stunned

B&B spoilers indicate that when Katie tells Wyatt that Sally being “off” isn’t really about a broken heart, he is confused. When she reveals that she went to see a specialist because of shaky hands and headaches that were getting worse, he becomes concerned. When he finds out the devastating news, he will be stunned and then will wonder what he can do to help.

Wyatt just got back together with Flo and the two women are not exactly friends. However, Wyatt will tell her about what is really going on with his former flame. Remember, Flo witnessed Sally nearly passing out when she came over to confront her about Wyatt’s relationship status. She thought something was wrong but Sally said she just didn’t eat that morning.

The Bold and the Beautiful Spoilers – Comforting a Former Flame

The Bold and the Beautiful spoilers reveal Flo will try to comfort Wyatt as he struggles to cope with what Sally is going through. Despite being broken up, he still cares for her as a friend. There is also the timing of the breakup that will have him feeling guilty.

The Bold and the Beautiful Spoilers: Friday, February 7 – Sally Rejects Wyatt’s Attempts To Care For Her – “Batie” Share Quality Time Together https://t.co/lsPWY38Vdl pic.twitter.com/Y5je7DhcpQ

As of Thursday’s episode, we don’t know what Sally’s diagnosis will be. During the installment, the doctor told her that he wanted blood tests but would be out of town for a few days. That seems to indicate that we won’t find out what is going on until next week at the earliest. It is stated the illness is “devastating,” but whether that means it’s fatal or treatable is anyone’s guess. What do you think is going to happen with Sally as this storyline moves forward?