The Bold and the Beautiful Spoilers: Katie Logan Regrets Her Decisions – Should Flo Have Not Begin Forgiven? 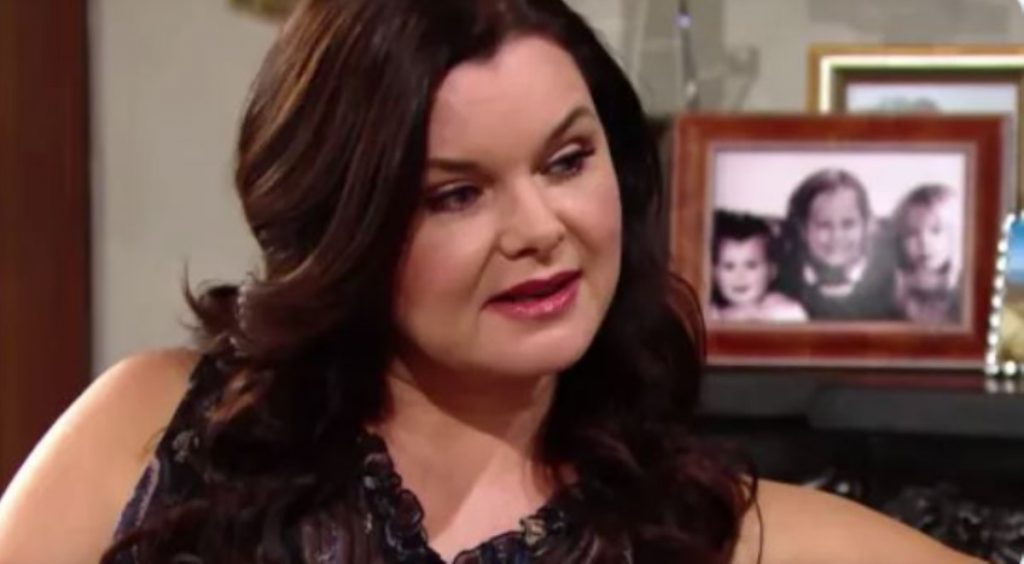 The Bold and the Beautiful spoilers reveal Katie Logan (Heather Tom) will begin to question her previous actions. Does this have to do with telling Wyatt Spencer (Darin Brooks) what is going on with Sally Spectra (Courtney Hope)? Or pushing everyone to forgive Flo Fulton (Katrina Bowden)? Keep reading to get the details on the upcoming storyline.

The Bold and the Beautiful – Katie Logan’s Regret

B&B spoilers indicate Katie will question her previous actions. While there is no confirmation on what exactly this means, fans are busy speculating. There are a few things that Katie could end up regretting.

For one, there is the fact that she breaks her promise to Sally. Then, there was the “forgiveness party” for Flo. As viewers recall, it ultimately ended up with Wyatt breaking things off with Sally to rekindle his former relationship with Flo.

This week on the CBS soap opera, Katie ran into Sally at the medical clinic. Katie gave her some encouragement and support while the doctor ordered some blood tests. She made Katie promise her that she wouldn’t say anything to Wyatt. However, we know that Katie will back out of that promise and eventually spills the beans.

Bold and the Beautiful Spoilers: Shock Marriage Proposal – Which B&B Couple Is Getting Married https://t.co/qGOWibHS0t

The Bold and the Beautiful Spoilers- Helping Flo Fulton

The Bold and the Beautiful spoilers suggest that Katie might regret pushing Wyatt and Flo back together. It’s one thing to want forgiveness for the blonde. After all, Katie’s life was saved by her donating a kidney. However, it’s unreasonable for Katie to expect everyone else to forgive her too. Perhaps Katie’s regret has something to do with that, or maybe it’s the timing of her pushing Wyatt and Flo back together.

Just when fans thought the love triangle mess was over with, Sally’s illness shows that this storyline is about to get a lot more complicated. What happens when Wyatt finds out the truth? How will he handle being Flo’s lover while supporting Sally as she goes through her medical crisis? Will it change their relationship at all? Fans will have to keep watching the CBS soap opera to find out how this storyline progresses.

The Bold and the Beautiful Spoilers: Liam Is Filling Zoe’s Head With Doubts – Will Thomas React?