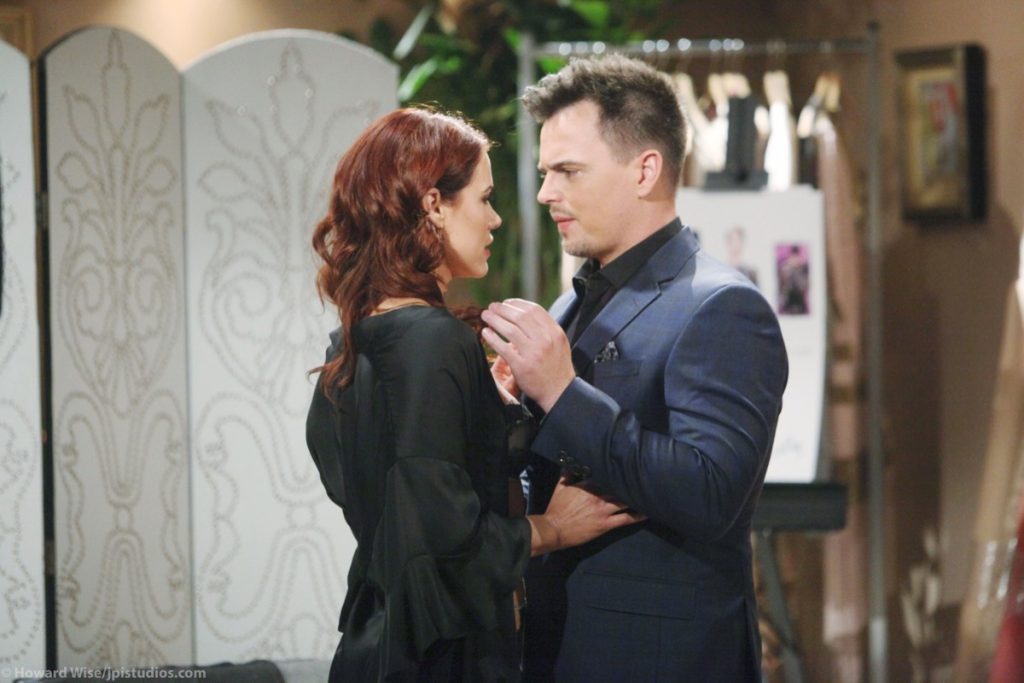 Liam Spencer (Scott Clifton) just went back to Steffy Forrester (Jacqueline Macinnes Wood) straight from proposing to Hope Logan (Annika Noelle)! True, Thomas Forrester (Matthew Atkinson) gave that situation a little help, but just as Liam has gone back and forth between Steffy and Hope at least a couple of times, so has Wyatt between women.

Bold And The Beautiful Spoilers: Darin Brooks On Wyatt Hurting Sally Again, Going Back To Flo

He was married to both Steffy and Hope previously, and had several girlfriends besides Flo, and even had a romance with his stepmother, Katie Logan (Heather Tom) at one time! Both Liam and Wyatt seem to have problems with commitment and change partners – or should that be string along partners – frequently! Could this inability to stay with one woman for very long be a genetic trait of Spencer men?

Bold And The Beautiful Spoilers: Bill Spencer Has Been Known As A Womanizer

Although the old argument of nature versus nurture could come up, Dollar Bill Spencer ( Don Diamont) has been known as quite a womanizer, and although he seems settled down with Katie for the time being, they have been married, divorced, and remarried, he was married to Brooke Logan (Katherine Kelly Lang) for a year, and has had romances with several different women including Steffy, who is young enough to be his daughter!

It would definitely not be an issue of nurture, because neither Liam nor Wyatt was raised by Bill – they both found out he was their father later in life. If it’s between nature and nuture, in this case, nature wins out! When Bill first came to town he tried to put the moves on Donna Logan (Jennifer Gareis), married to Eric Forrester (John McCook) at the time and she blew him off. Then he got involved with Katie the first time, although with her he went slow and got to know her first. Then when they were married the first time he got involved with Steffy! Katie had a literal heart attack when Steffy’s mother, Dr. Taylor Hayes ( Hunter Tylo) told her Bill and Steffy were sleeping together!

Bill got a well-deserved punch from Ridge Forrester (Thorsten Kaye) when he found out! So it is plain to see that father Bill and both sons Liam and Wyatt have similar behavior patterns when it comes to women in their life, back and forth between maybe the same two women for a while, and then several others usually here and there and sometimes at the same time as the original two women they bounce back and forth from! It’s got to be genetic! What other explanation could there be, since Liam and Wyatt only got to know Bill as adults, with Liam and Wyatt even getting involved with some of the same women that Bill did!

General Hospital Spoilers: Spencer And Nikolas Reunite- Will It Be Positive?