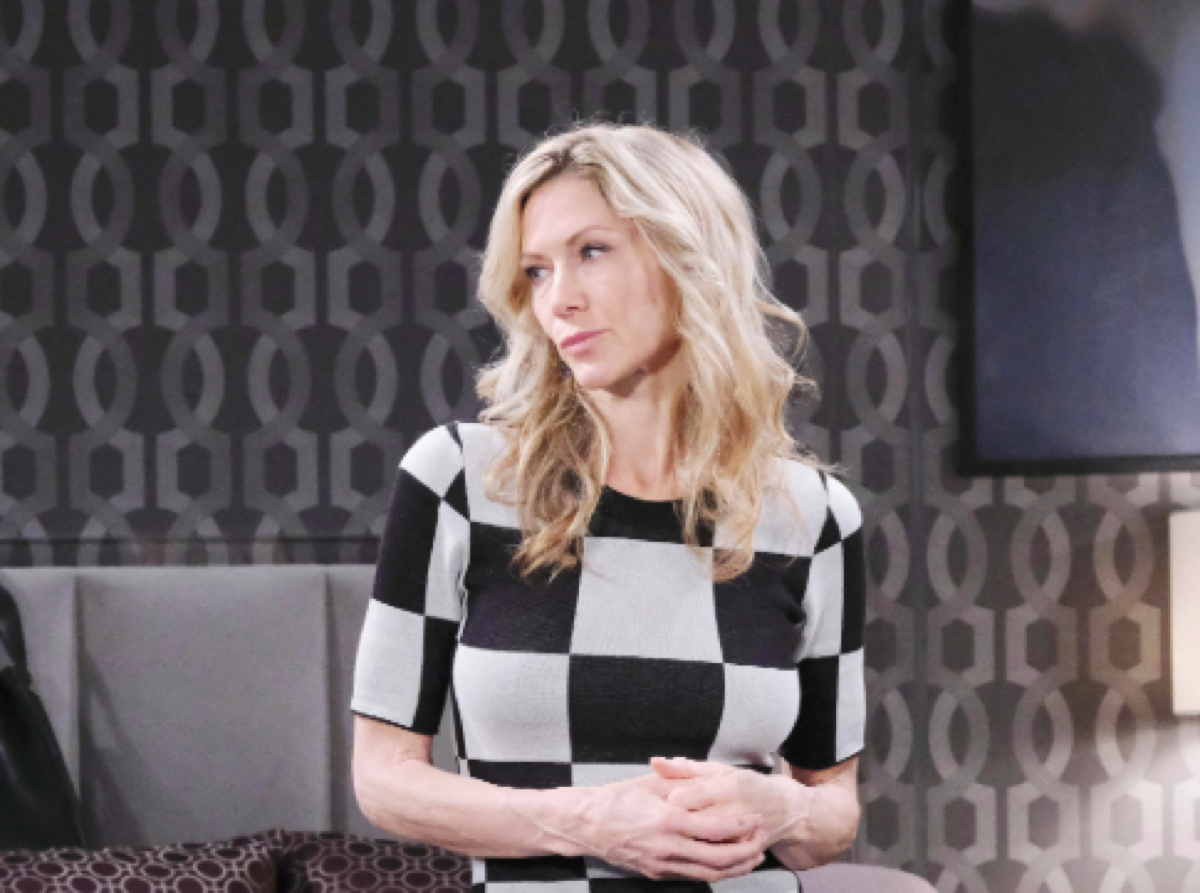 Days of Our Lives spoilers reveal Kristen DiMera (Stacy Haiduk) truly loves Brady Black (Eric Martsolf). The actress recently opened up about her character, “Bristen” complications and possible redemption. Plus, could there be a rekindled romance in the end?

DOOL spoilers from the latest issue of Soap Opera Digest tease that Kristen truly loves Brady. While nobody has questioned her wanting the fan-favorite leading man, there were concerns that it wasn’t love, just an obsession. However, Haiduk believes that Kristen truly has deep romantic feelings for the father of her baby.

There are mixed fan reactions when it comes to “Bristen.” In order for viewers to buy a love story between the two, Kristen would have to be redeemed somehow. It is a tough sell, but Haiduk remains optimistic that in the end, Brady and Kristen will be together.

“Kristen truly loves Brady. All of this journey that she’s taking will hopefully, in the end, give them a chance to be together and be real.”

Days of Our Lives Spoilers: Baby Swap Brings ‘Bristen’ Back Together?

It is likely that this test will reveal that Eric and Sarah are not Mickey’s parents. Eventually, the truth about Mickey being Brady and Kristen’s “dead” child will be exposed. It could bring the two back together as they would have to turn into instant parents of a six-month-old baby girl.

It would take one heck of a storyline to redeem Kristen. The character has done so much over the years. Her worst deeds were probably toward John Black (Drake Hogestyn) and Dr. Marlena Evans (Deidre Hall). However, fans can’t forget the shocking fetus-napping storyline. She stole Brady and Theresa Donovan’s (Jen Lilley) unborn baby right out of the mother’s belly and implanted it into her own body.

It will certainly be difficult to do, but anything is possible. Plus, head writer Ron Carlivati loves a good character redemption. So, we will have to see how creative he can get in order to get fans to soften up toward supervillainess Kristen DiMera.