Bold And The Beautiful Spoilers: Darin Brooks On Wyatt Hurting Sally Again, Going Back To Flo 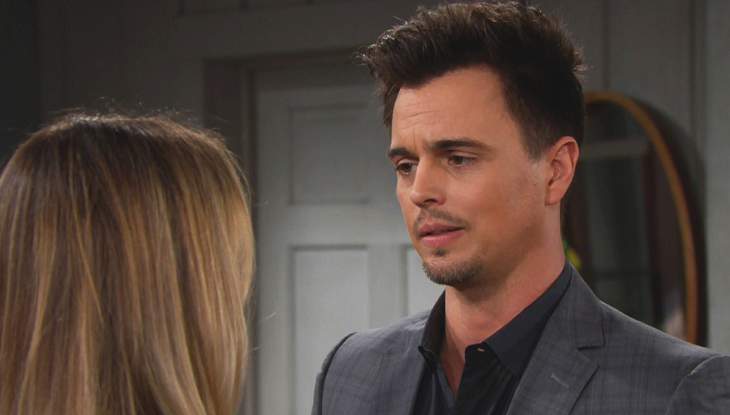 The Bold and the Beautiful spoilers reveal Wyatt Spencer (Darin Brooks) breaks Sally Spectra’s (Courtney Hope) heart again and returns to Flo Fulton (Katrina Bowden). In an interview, Brooks explained the factors that led to the decision. One of the major reasons is due to Liam Spencer (Scott Clifton).

Viewers think Wyatt overreacted to Sally accidentally saying Liam’s name during a conversation. However, due to his sibling rivalry issues, it was a big deal to him.

Another reason Wyatt decided to go back to Flo is because of her kidney donation to Katie Logan (Heather Tom). To Wyatt, it was a miraculous and selfless act. The actor explained Wyatt’s perspective to Soap Opera Digest.

“She saved Katie. It reminds him of who he fell in love with in the first place — that’s the type of person she is, or she was when he knew her back in high school.”

As for Flo’s role in the “PhoeBeth” scheme, Wyatt puts the majority of the blame on the doctor who orchestrated the incident. He believes that Flo just got trapped in a situation she couldn’t get out of. The secret snowballed and before Flo knew what it, the scheme spiraled out of control. He has made peace with the situation and knows she regrets it.

The Bold and the Beautiful Spoilers: ‘Sick’ Twist

The Bold and the Beautiful spoilers indicate that Sally is keeping something from Wyatt. He feels that she is withholding information from him, but doesn’t have any idea what it could be. Even though he wants to know what is going on, he ends the relationship with Sally.

Once Wyatt has gone back to Flo, Sally will get a diagnosis from her doctor. Her troubling symptoms are concerning and it turns out she has an illness. Could it lead to Wyatt bouncing back to Sally out of guilt? Or will he be there for her while remaining with Flo? All that is known is there will be a heartwarming twist in a touching story between these three characters.

Days Of Our Lives Spoilers: Bone Marrow Test May Reveal Mickey Is Brady And Kristen’s Baby