General Hospital Spoilers: Spencer And Nikolas Reunite- Will It Be Positive? 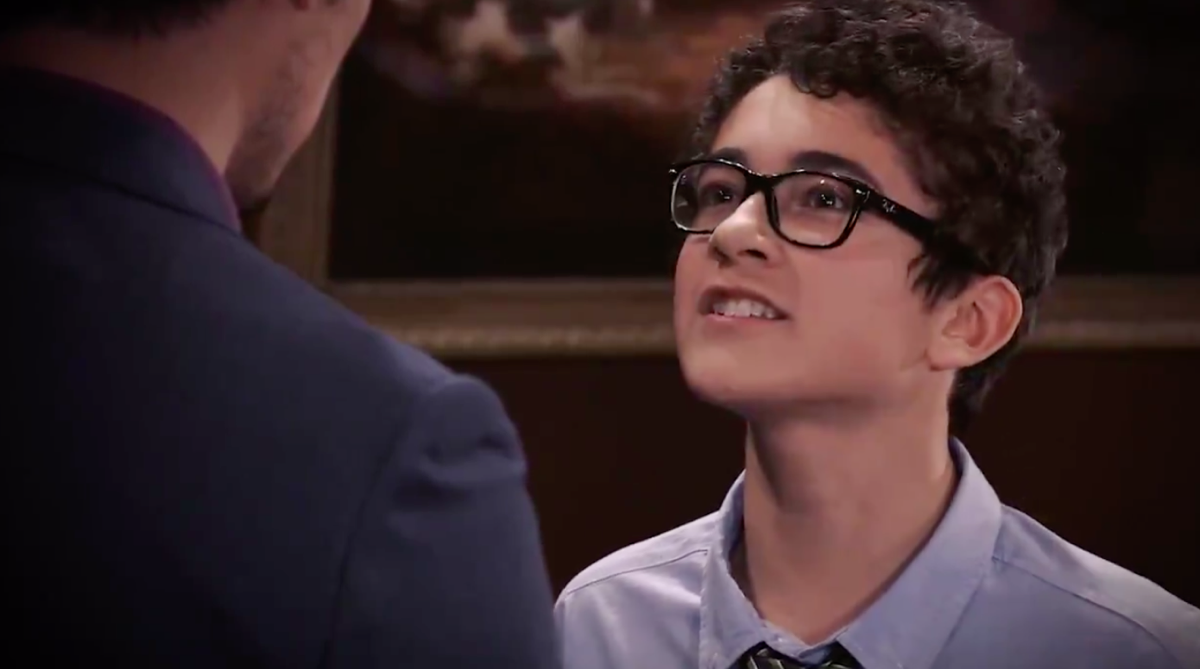 General Hospital (GH) spoilers tease than Nikolas Cassadine (Marcus Coloma) still has one person to reunite with, and it may be the most difficult reunion yet. Nikolas’ son Spencer Cassadine (Nicholas Bechtel) still has no idea his father is alive. Nikolas just got on a flight to see Nikolas, but how will the young man react!

Of course, Spencer will be happy to see his father is alive. They were very close. And for three years now, Spencer has mourned for his father. Seeing him alive will no doubt bring happiness, especially when he finds out about the codicil and Valentin Cassadine’s imminent downfall. But happiness will soon give way to some tough questions.

GH Spoilers: Spencer Cassadine Will Want To Know The Truth

Spencer will want to know how his father survived being shot by Valentin. But more importantly, he will want to know just where his father has been all this time and why he didn’t come forward sooner. Nikolas has explained this to others, but Nikolas won’t have it. The first time Nikolas faked his death, Spencer was in on it. Why wouldn’t he let know this time?

Although still a child, Spencer is quite smart and resourceful. He will likely argue that he could have helped his father with his revenge on Valentin. Look for Spencer to remain angry for quite a while, unless Ava Jerome (Maura West) can help Spencer realize that he should just be happy his father is back!

Will Spencer and Nikolas’ reunion be a happy one, or will Spencer be resentful of being kept in the dark? Can Ava help Nikolas smooth things over? Some family drama is coming up, so stay tuned to General Hospital airing weekdays on ABC. And don’t forget to check back here regularly for all your General Hospital news, information and spoilers!

Days Of Our Lives Spoilers: Bone Marrow Test May Reveal Mickey Is Brady And Kristen’s Baby