The Bold and the Beautiful Spoilers: Wyatt At A Crossroads – Should He Pick Flo Or Sally? 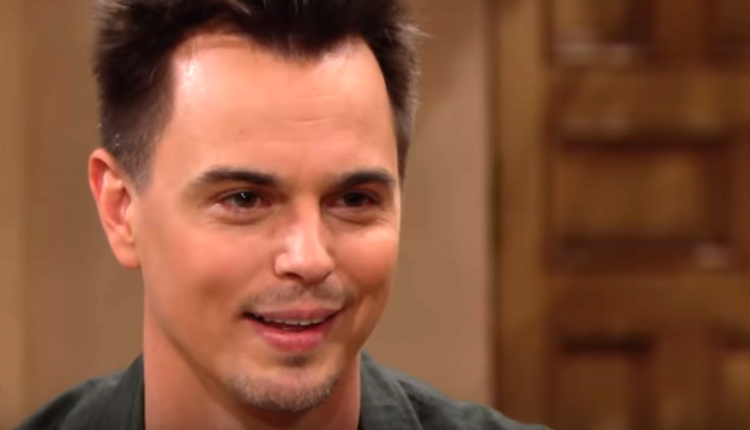 Wyatt Spencer (Darin Brooks) thought he knew what to do on ‘The Bold and the Beautiful’. He had to break up with Sally Spectra (Courtney Hope) after concluding that Flo Fulton (Katrina Bowden) was his true love.

But Sally threw Wyatt a curveball weeks before spring training is set to open for the hometown team in Los Angeles, California, and for all other squads in baseball. After realizing that Wyatt was splitting with her for the second time in recent months, Sally told him no.

Meanwhile, Flo is at her apartment when Sally arrives. Both ladies obviously discuss their place within the Wyatt-created triangle. And, Sally’s emergent health issues again appear. But that plot point is still to be developed. For now, let’s consider the romantic dynamic between Wyatt, Flo, and Sally.

A positive future isn’t likely when someone breaks up with another person twice within less than a year. But Sally refuses to accept the hint.

Yes, it’s natural for her to be mad at Wyatt right now. Sally felt guilty the first time she was dumped by him. That split happened because he learned his then-girlfriend withheld information about Thomas Forrester (Matthew Atkinson) wanting to destroy ‘Lope’.

However, Sally is being given the boot this time for a reason that has nothing to do with her. That’s what makes Wyatt’s decision so irascible.

A reversal of course could be played as Wyatt coming to his senses and supporting this lady who agreed to instantly take him back. That came after the stunning revelation about Flo.

Flo felt that helping Reese Buckingham (Wayne Brady) was the right thing to do. Her then perceived romantic interest implied that a woman in need would be aided by Flo agreeing to pose as a birth mother of a newborn girl, who was actually Beth Spencer (Madeline Valdez and River Davidson).

Digitally skipping to the now, Flo served a brief jail sentence for the role she played in furthering that underground baby sale. She’s received immunity by helping the authorities confront an illegal adoption paperwork racket. And, Flo has donated a kidney to Katie Logan (Heather Tom), who has just asserted family forgiveness as a credo.

Love is love. Since Wyatt believes that he cares far more deeply for Flo, than Sally, how could he stay with Hope’s character? Well, he thinks he can’t.

Bold And The Beautiful Spoilers – Wyatt Spencer Must Stop Wavering

It’s fair to either lady. Wyatt has basically strung both people along. He’s wavered, going back and forth between both people. He was with Sally first, last year, went to Flo, then back to Sally, and now wants to be with Flo again.

Of course it can be asserted that Sally and Flo shouldn’t have been so accommodating the second time Wyatt wanted to be with either of them. However, the emotional feelings all three characters project are fully subjective.

Fans of ‘The Bold and the Beautiful’ rightfully express their opinions on a regular basis. So, what should Wyatt do? Please vote in our poll!