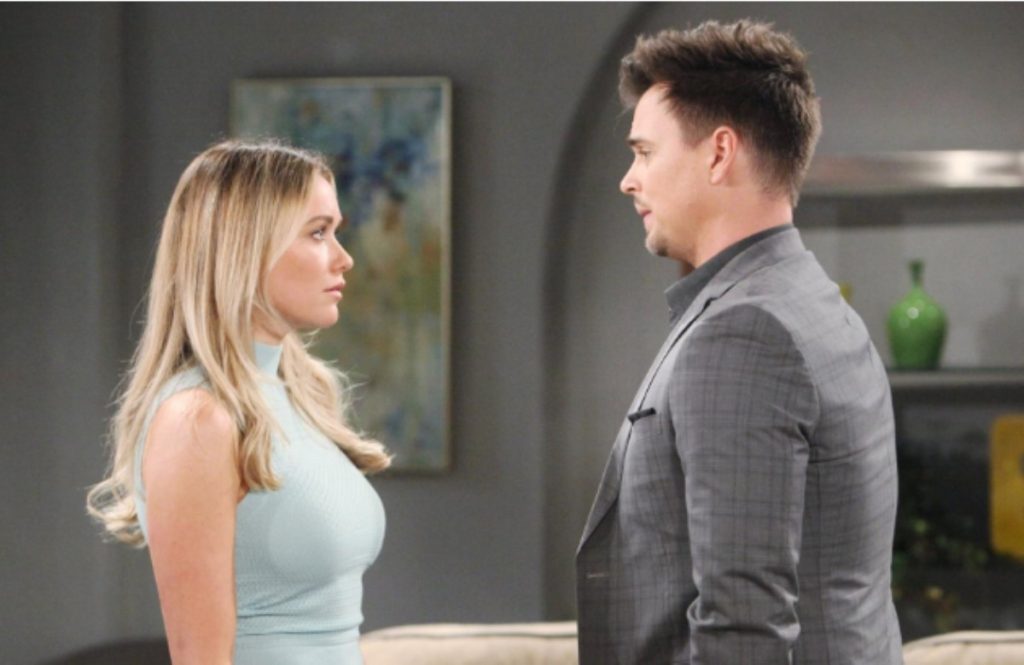 The Bold and the Beautiful spoilers reveal Wyatt Spencer (Darin Brooks) and Flo Fulton (Katrina Bowden) come up with a plan to help Sally Spectra (Courtney Hope). The character is dying and has only one month to live. It is teased that before setting in motion their big plan, Wyatt and Flo will share a tender moment. Then, comes the ultimate sacrifice. Keep reading to discover what to expect.

The Bold and the Beautiful Spoilers – Wyatt Spencer’s Dilemma

B&B spoilers indicate that Wyatt finally learned the reason Sally has seemed off. Katie Logan (Heather Tom) told him she was sick and the prognosis wasn’t good. Her illness is in an advanced stage and doctors predict she has only one month left on this earth.

The news comes right after Wyatt broke Sally’s heart for the second time by returning to his former flame, Flo. Now, he is conflicted about what to do and how to help the designer, a woman he still cares about deeply.

Wyatt and Flo brainstorm a way to help Sally. They might not be able to give her more time, but they can make sure her last days are filled with happiness. They know that the one thing Sally wants more than anything is to be with the man she loves. However, she doesn’t want to be with him if it’s out of pity. She wants real, genuine love.

The Bold and the Beautiful Spoilers – Making the Ultimate Sacrifice

The Bold and the Beautiful spoilers reveal that Wyatt and Flo decide that the best thing to do is to temporarily part ways. The couple, who just reunited, will separate once again. However, it is mutual this time. Wyatt plans on approaching Sally and offering her a proposal she won’t see coming. But will she accept it or turn him away?

Right before making what is being called the ultimate sacrifice, Wyatt and Sally will share one last tender moment. However, there might be a twist to this story. What are the chances that after Wyatt makes Sally’s dream come true that she miraculously recovers? That kind of situation always seems to happen in soaps. We’ll have to see what the writers have in store for us regarding Wyatt, Flo and Sally.