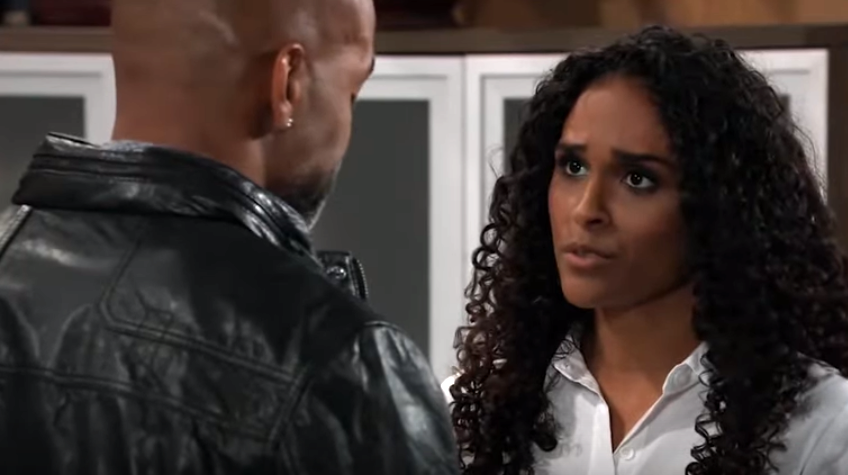 General Hospital viewers will recall that Jordan has been acting very suspiciously as far as Curtis is concerned, and so has Lieutenant Marcus Taggert (Real Andrews) – and Curtis became suspicious enough to follow Taggert after he tried to get friendly with him at Kelly’s in a recent episode, only to spot him with Jordan down on Pier 55 hugging!

Of course, Curtis didn’t know the whole story – he didn’t get there early enough to see the dead body of Mark Simon, (uncredited actor) who Jordan had been called down to see. He, like Bob Massicotte (Randy J. Goodwin), had been a DEA agent in a group of four with Taggert and Jordan being the other two, and Jordan had called him to be careful and watch his back because of what happened to Bob – and now the same thing happened to him! 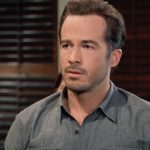 Jordan and Taggert talked about talked about they two being the only ones living in the group of four agents under deep cover, on the Cyrus Renault (Jeff Kober) bust – and Jordan was upset that she had warned Mark Simon because now he is dead, of an apparent drug overdose just like Bob was and Taggert was comforting her.

Curtis confronted Jordan after seeing Taggert and she hugging on the docks, to be exact, he cornered her and asked her what the hell was going on! She didn’t appreciate his tone or his interrogation at the time! She also didn’t appreciate his jealousy and distrust of her, and she didn’t help things by not coming clean to him about Taggert and herself right then and there – but she doesn’t answer Curtis’ questions satisfactorily when she says it’s police business and he’s a civilian!

That would sting even worse coming from her than it did when Taggert knew he’d been a cop who lost his badge by getting hooked on cocaine! He didn’t know if Taggert did a background check on him and why, or if Jordan told him, and it’s none of Taggert’s business what happened in Curtis’ past – and he makes it clear that he doesn’t appreciate Jordan and Taggert having some kind of relationship behind his back! Jordan is offended!

Jordan will come in contact with an old enemy – possibly one of Cyrus Renault’s henchmen, or maybe even Cyrus himself! There seems to be this hallway between the PCPD jail and Pentonville Prison, and he may request a visit and either show up in the PCPD questioning room, or she may go to Pentonville to question him about the death on Pier 55.

After this contact occurs, something happens that makes Jordan decide to come clean with Curtis about what the project is that Taggert is there for. She will tell him about the deaths of Bob Massicotte and Mark Simon, and how they, she and Taggert were in a group under deep cover in the DEA to take down Cyrus Renault – who, as GH viewers will recall, claims he was framed! It sounds like Cyrus is out for revenge, and Jordan is correct that she and Taggert may be next!