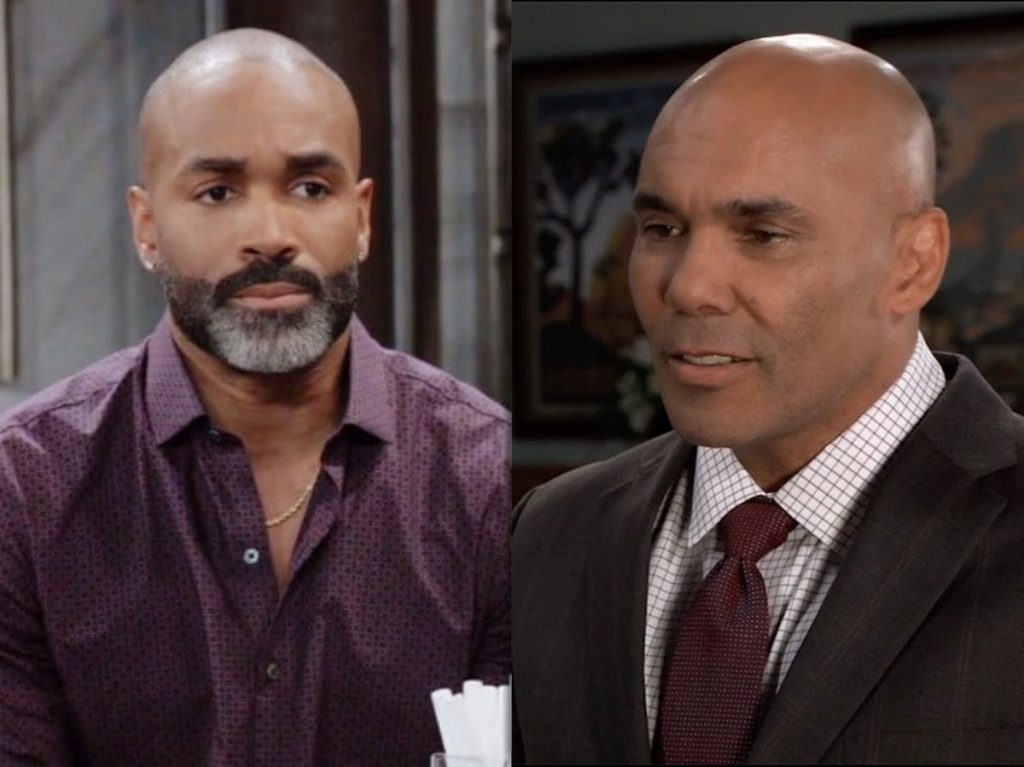 General Hospital spoilers have just dropped a bombshell that could alter many lives in epic ways–could Curtis and Taggert actually be brothers?

These two have not gotten off to a good start, with Curtis (Donnell Turner) awfully suspicious (and rightfully so) that Taggert (Real Andrews) and Jordan (Briana Nicole Henry) have more going on then they are letting on.

Of course, he’s not a P.I. for nothing—Curtis’ instincts are on the money, but there could be an epic reveal coming his way and it has to do with his DNA not his wife.

Soaps rarely drop hints without leaving a breadcrumb trail that leads somewhere eventually. And that appears to be exactly what happened when Trina (Sydney Mikayla) told her friends some time ago that she submitted a kit to a genealogy website.

When her results came back Trina was alerted that she had a relative living right under her nose in Port Chuck. At the time her friends were curious but the same couldn’t be said for Trina who didn’t want to pursue the connection.

At the time fans went wild speculating that Trina and Curtis were related. And that hunch seemed to congeal when not too long ago these two had a bit of a heated conversation, leading some to believe the tension was a precursor to a huge reveal.

Today viewers got a huge reveal all right, and Trina was part of it. But Curtis wasn’t involved, or was he?

Who else was stunned when Taggert sauntered up to Trina and she exclaimed in excitement over seeing her dad?

We didn’t see that one coming, kudos to the writers who weaved a masterful tale of deviousness. So, if Trina is Taggert’s daughter, and Trina is related to someone in Port Charles, and that someone is Curtis, does that mean that Taggert and Curtis are related?

General Hospital spoilers – If Curtis and Taggart are family, who will they deal with the fallout from Jordan?

The safe bet is yes! All of a sudden the rivalry between the men over Jordan just amped up a trillion degrees if these two are family, let alone brothers. Of course, this is all speculation at the moment.

If these guys share even an ounce of blood, the battle over Jordan will intensify, especially in light of Taggert intimating to Mac (John J. York) that he is interested in someone, presumably Jordan.

This opens up more space for Stella (Vernee Watson) to return to the canvas as well, if the rumor is correct, which would be a welcome return as the legendary actress never fails to light up the screen when she’s on.

What will we learn next about this possibly incendiary connection? Be sure to tune in and find out!

The Young and the Restless Spoilers: Chadam Upcoming Marriage, Is There A Chance For A Chelsea & Adam Wedding?