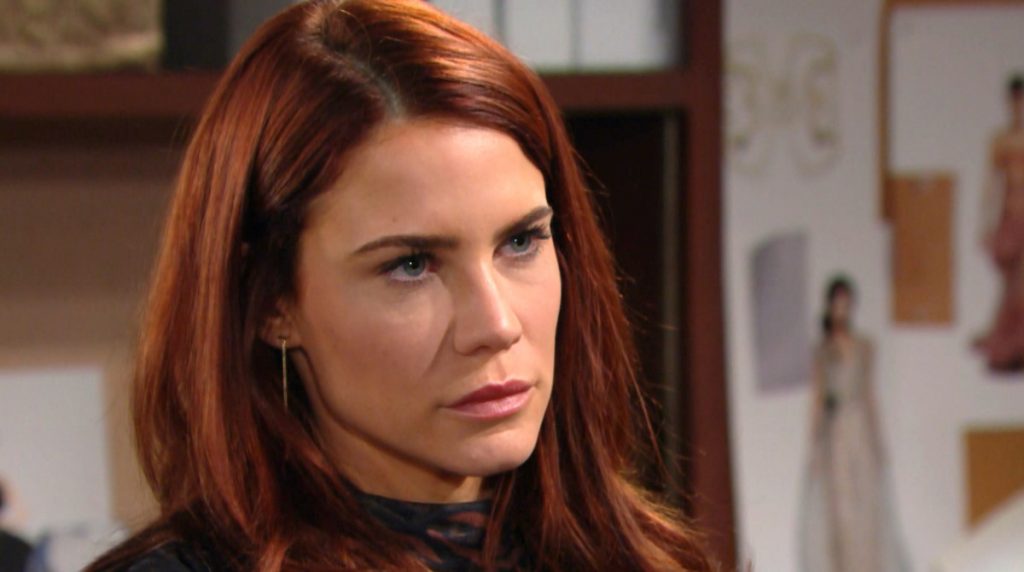 The Bold and the Beautiful spoilers tease that Sally Spectra (Courtney Hope) could be in for a dose of payback karma. Is it possible that she will soon discover in the near future that actually is ill, after a period of faking being sick?

Thus far Sally’s sick trick is working, and we almost felt sorry for her when she told Wyatt Spencer (Darin Brooks) that people have never been nicer to her—all because they think she’s dying. When you think about it, it really is sad if that is the truth.

Savvy fans were not entirely on board however when the plot took a 180 degree spin and healthy Sally went to insta-death. And they were right! Too bad the good people in Sally’s orbit are a lot more gullible.

Sally’s scheme has affected many lives, but in the end it could be her that pays the ultimate cost in a most ironic way.

For starters, Katie Logan (Heather Tom) bent over backward to help Sally and the time she spent with her may have pushed Bill Spencer (Don Diamont) into cheating on his wife.

Wyatt has effectively put his life on hold to hold Sally’s hand. Now, the red-haired vixen has stepped up her con by telling him that she will seek treatment in exchange for his commitment.

The Bold and the Beautiful Spoilers – Could Sally Become Ill In A Cruel Twist On Her Evil Deception?

All of this lying is bound to bite Sally in the behind sooner or later. Fate is a cruel task master. I wonder if Sally ever read about the boy who cried wolf?

Would it be karmic payback if Sally were to suddenly find herself living the truth instead of a lie?

At this point this is all speculation. But in reel life things have a sneaky way of coming full circle. There is no way that the truth about Sally’s big fat lie won’t come out—will she then learn that her ruse is all too real?