The Bold and The Beautiful Spoilers: Sally Agrees To Treatment, But She Demands Something From Wyatt 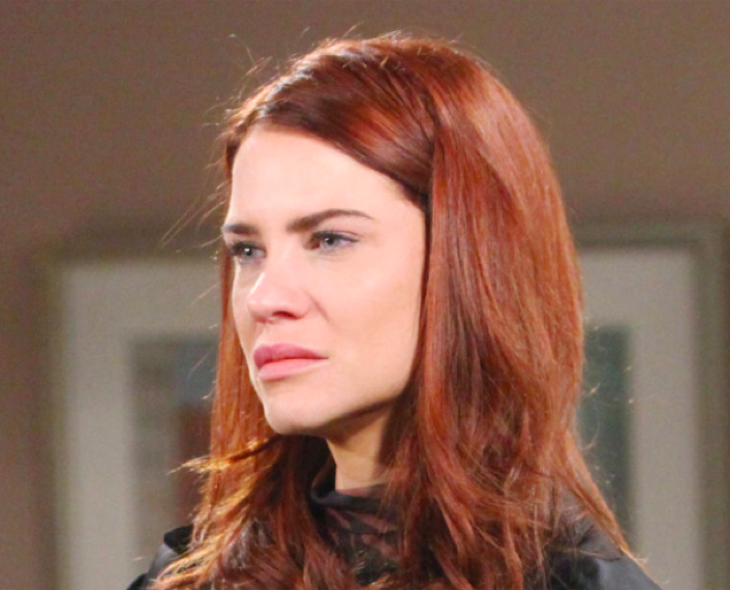 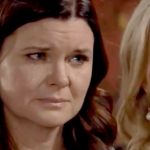 Sally agrees to treatment on one condition – that Wyatt leaves Flo Fulton (Katrina Bowden) for real, and comes back to her! This, of course, upsets Flo greatly, and she tells Wyatt that Sally is emotionally blackmailing him! Sally, of course, didn’t expect that everyone would find out that she was dying to begin with, and she really is not – but she was hoping that Wyatt would come back to her without him knowing so that he would come to her because he realized they belonged together, instead of out of pity and making her “last days” happy. Sally didn’t completely buy that Flo was on board with Wyatt having Sally move in with him either.

However, when she was on the floor appearing to Flo to be passed out and Flo rushed in to see if she was okay, that filled in some blanks for her – she was truly concerned for Sally. But now Sally gives Wyatt an ultimatum of sorts in telling him to break up with Flo and reconcile for real with her! Wyatt tells her that he will always be there for her, but she wants more – she wants him to put his money where his mouth is, so to speak!

Of course, Sally is really playing up her “illness” now – she pretended to stumble on the steps in front of Wyatt and Flo in a recent episode when they had walked in on Sally and Dr. Penny Escobar (Monica Ruiz) talking. They took it that if the doctor was making a house call, things must be really bad! Now Sally has “progressed” or should that be “deteriorated” to having to use a walker to get around…..for someone who didn’t want anyone’s pity that seems to be a bizarre maneuver!

The Bold and the Beautiful Spoilers: Quinn’s Latest Stunt Has Huge Cost – Will Eric Pull The Plug On Marriage? https://t.co/oyfO3yRY8c pic.twitter.com/Ta8wimC0ea

Sally is getting plenty of pity whether she intended to or not! At this point, Wyatt still believes that Sally is terminally ill, and when he pleads with her to get the treatment she tells him there is no point if she cannot be with him.

Wyatt had come clean to her about he and Flo actually still being together but wanting to be there for her so her last days would be happy. But Sally wants more than his promise of emotional support – she wants him and she’s tired of his flip-flopping between her and Flo and she wants it to stop and she wants him to be all in with her and to prove it! Flo, in the meantime, becomes suspicious of Sally’s motives, and tells Wyatt that now she believes Sally is emotionally blackmailing him!

Days Of Our Lives Spoilers: Distraught Sarah Won’t Face The Truth – Fights For Custody Of Mickey