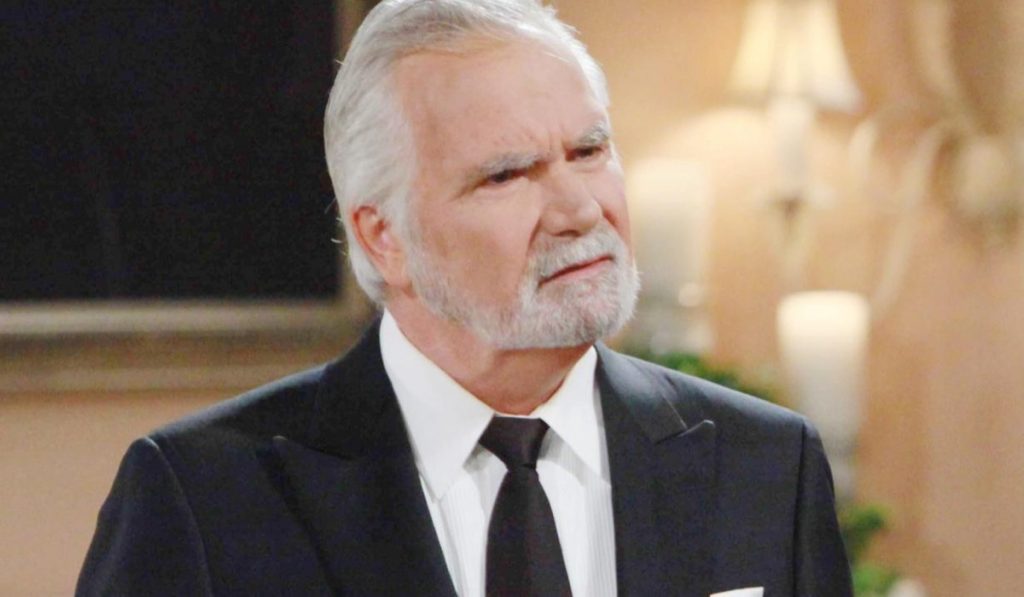 The Bold and the Beautiful spoilers for Tuesday, January 28, tease that Quinn Forrester (Rena Sofer) will be left fuming. As B&B viewers know, Brooke Forrester (Katherine Kelly Lang) recently marched into Quinn and Eric Forrester’s (John McCook) home and demanded that Eric kick both Shauna Fulton (Denise Richards) and Quinn to the curb.

Well, Eric immediately stated that he wasn’t going to divorce Quinn or kick her out, but on the next episode of B&B, he’ll tell Quinn that he’s made a decision about Shauna, and Quinn won’t be happy with what she hears. Eric will tell Quinn that Shauna will have to leave the guest house and find other living arrangements.

Of course, this will make Quinn livid, and she’ll implore Eric to reconsider. After all, she’ll argue, Shauna is her dearest friend. Plus, she’ll let Eric know in no uncertain terms that by making this decision, he’s basically siding with Brooke and letting her have a big win against his own wife.

Quinn will even say that if Eric gives Brooke an inch, then she’s going to want even more in return, and of course, what she really wants is for Quinn to be long gone. However, Eric will insist that this decision isn’t about siding with Brooke, but that it was made out of respect for Ridge Forrester (Thorsten Kaye) and Brooke’s marriage.

None of this will sit well with Quinn, who will be left frustrated and wanting more than ever to get her revenge on Brooke. In fact, ongoing B&B spoilers indicate that Quinn will soon lose the internal battle against her dark side and go after Brooke full-force, so watch out Brooke!

Next on B&B, Thomas Forrester (Matthew Atkinson) will be back up to his manipulative ways. As B&B viewers know, Steffy Forrester (Jacqueline MacInnes Wood) is on the verge of spilling the beans to Liam Spencer (Scott Clifton). She’s just had an attack of conscience and wants to tell Liam all about how Thomas orchestrated their kiss on the cliff.

Of course, Steffy helped Thomas out by kissing Liam right on cue when Thomas signaled her that Hope Logan (Annika Noelle) was walking toward them. She’ll desperately want to alleviate her guilt and tell Liam the truth, but according to The Bold and the Beautiful spoilers, she won’t get a chance, because Thomas will do something that prevents Steffy from spilling the truth.

‘The Bold and the Beautiful’ Spoilers: Wyatt’s Discussion With Quinn Revealing – Lots of Love Left For Sally https://t.co/vYAUQFSiQj pic.twitter.com/NvSVTvqcah

Exactly what Thomas does to interfere with Steffy’s truth-telling remains to be seen, but chances are he’ll either drop by her house or call right as she’s about to tell Liam all about how their kiss really came about. At any rate, B&B spoilers say that Thomas will know exactly what to say to get Steffy to keep quiet, as he promises her the family that she deserves…if she just goes along with the plan.