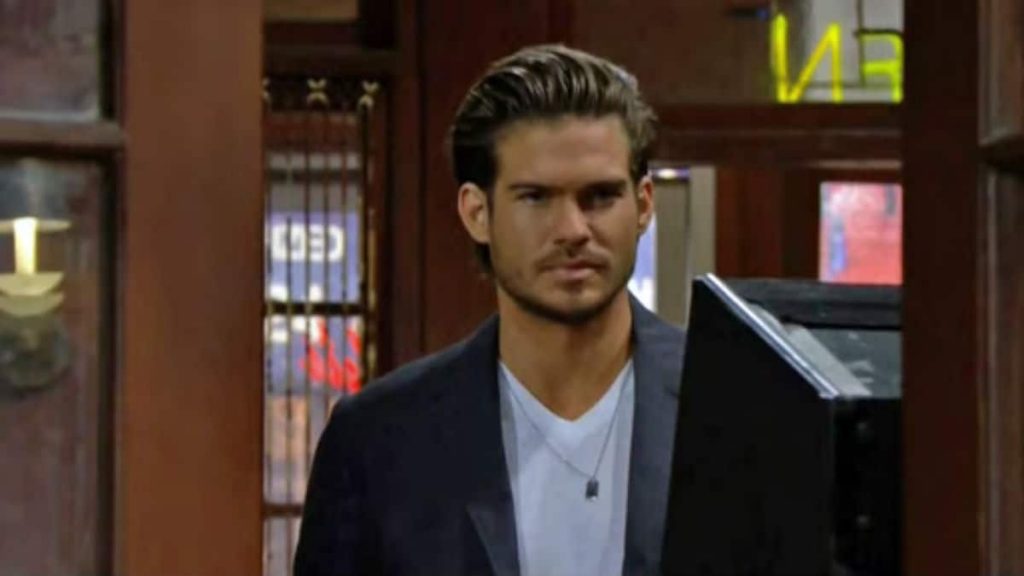 he Young and the Restless (Y&R) spoilers for Tuesday, January 28, tease that Sharon Newman (Sharon Case) will get more help than she needs.

At home, Mariah Copeland (Camryn Grimes) stops by and offers to take over at Crimson Lights for a while. Sharon turns Mariah down and opts to close up for a few weeks of renovations instead.

Over with Nick Newman (Joshua Morrow), he visits Nikki Newman (Melody Thomas Scott) and gets grilled about the time he’s spending with Sharon. Nick brushes it off before they discuss the Newman Enterprises shindig. Nikki admits she’s going to London and drops a hint about a surprise that’s in store. She also mentions meeting with an artist and hopefully bringing a dress back from Paris.

Nikki eventually gets back to needling Nick about Sharon, but he wants her to stand down. Nick pushes his mom to just leave Sharon alone. Once Nick wraps up his chat with Nikki, he pops in the cottage. Nick speaks with Sharon about some research he’s been doing for her. He just wanted Sharon to have some options when it comes to specialists, but Sharon’s pleased with her current doctors.

Once Sharon’s alone with Mariah again, she’s overwhelmed and frustrated by all the attention she’s receiving. Mariah gets the picture, so she warns Nick at Society later. Sharon doesn’t want to be seen as a victim and needs space. After Nick realizes he went a bit too far in his efforts to help, he’s grateful for Mariah’s heads-up. Mariah would be honored to help keep Nick in line, so they fist-bump and reaffirm they’re on “Team Sharon.”

Next, Phyllis heads back down to the lobby with her hair in a towel. She’s wearing a silk robe as she grumbles about the broken water. Abby wants Phyllis to wait in her room, but Phyllis asks Chance if he’d like to come up and check out her plumbing. Chance doesn’t agree to that, but he lets Phyllis know they’re still on for later.

Once Abby brings Phyllis up to speed on the water situation, she makes a prediction. Abby feels like this date will make Chance see what a disaster area Phyllis is. Afterward, Phyllis overhears Chance on the phone discussing his missing target. She expresses curiosity, but Chance feels they should talk about something other than work. Phyllis is good with that since she can think of more interesting things anyway. As for Abby, she seems quite perturbed as she watches all the flirting nearby.

The Young and the Restless Spoilers – Theo Vanderway Defends His Actions

At Jabot, Theo Vanderway (Tyler Johnson) tries to pump Summer Newman (Hunter King) for San Francisco info. He wants to know about Summer’s trip with Kyle Abbott (Michael Mealor) and calls her out for avoiding the topic. Summer turns it around on Theo and wonders what he was doing with Lola Abbott (Sasha Calle) while they were away.

Theo defends his actions and suggests he advised Lola to go easy on Summer. He praises Lola as his only friend and starts gushing about her great qualities. Summer’s frustrated since Theo’s actually into Lola. At Society again, Kyle tells Lola about the successful business deal that was made. Lola wonders why Kyle’s not mentioning Summer, so he confesses how valuable she was on this trip.

Before Kyle and Lola can leave to talk things out, Lola gets a call about Celeste Rosales (Eva LaRue). Celeste broke her ankle in a car accident, so Kyle and Lola table their discussion for now. After Kyle meets up with Summer at Jabot, he talks about wanting to get his marriage back on track. Kyle doesn’t see the point of spilling anything about the kiss to Lola.

Summer ultimately agrees it’s for the best as Theo approaches. Theo overhears Summer suggesting that what happened in San Francisco should stay in the vault. She doesn’t see any reason to think about it ever again.

The Young and the Restless spoilers say that kiss will cause big trouble eventually, so don’t miss what’s in store. We’ll give you updates as other Y&R news and rumors emerge. Stay tuned to see what else is brewing in Genoa City.

Days of Our Lives Spoilers: Eric Gets Up Close And Personal With Sarah – Feels The Passion Again In Their Romance