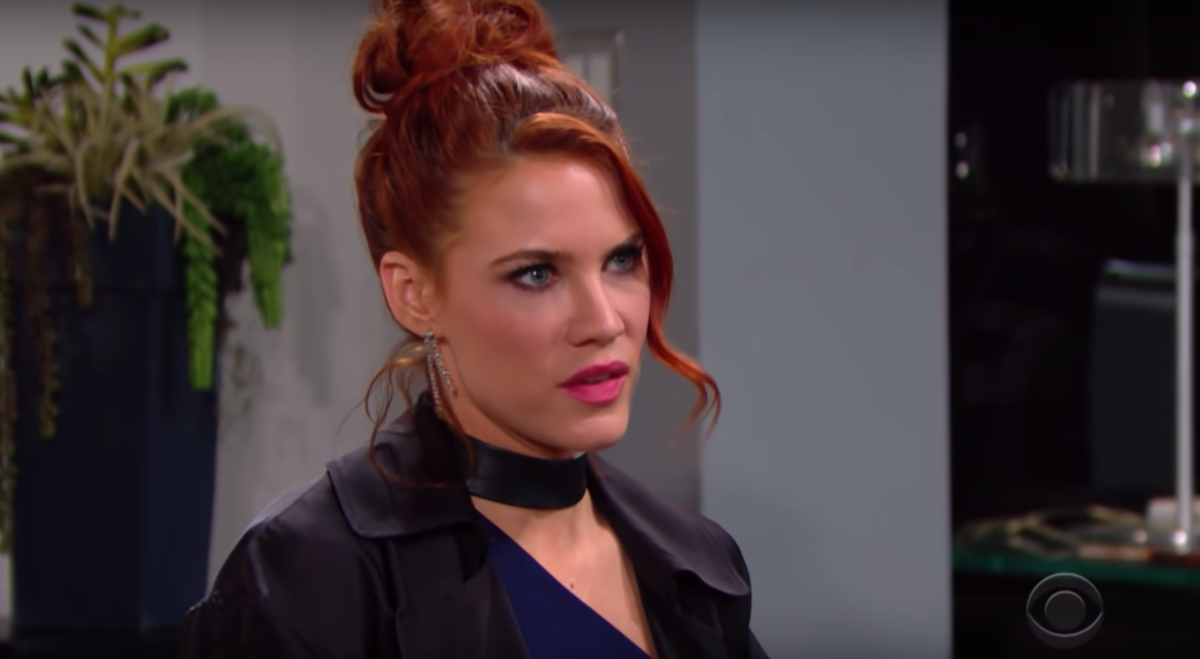 The Bold and the Beautiful promo for the week of January 27th thru 31st indicates that Sally Spectra (Courtney Hope) will confide in Katie Logan (Heather Tom) about her illness, while Wyatt Spencer (Darin Brooks) worries about his ex following their break up.

The Bold and the Beautiful Spoilers: Sally confides in Katie

For the past couple of weeks, the show has been foreshadowing a possible illness for Sally.

The tremors in Sally’s hands are continuing and fearing that something’s wrong, Sally confides in Katie.

During their conversation, Sally tells Katie about her symptoms and how she thinks something serious is going on.

Katie has experienced her own bout of health problems and understands Sally’s fears. She’s right there to help Sally as she decides to seek answers about her condition.

Last week, Wyatt made the decision to break up with Sally and return to Flo Fulton (Katrina Bowden).

However, Wyatt’s mind is still on Sally. During a talk with Katie, Wyatt admits he cares about Sally and hopes she’s doing okay.

Wyatt has no idea Sally is ill, and Sally makes Katie promise not to tell Wyatt. She says that he’s the last person she wants to know, and she doesn’t need pity from Wyatt.

Even though Katie feels that Wyatt deserves to know what’s going on, she can’t break her promise to Sally. She’s got to keep quiet and let Sally decide when and if she’ll tell Wyatt about her illness.

The Bold and the Beautiful Spoilers: Sally’s diagnosis

The Bold and the Beautiful Spoilers: Sally Gets Unexpected Diagnosis – The Course of Her Life Is Forever Altered #bb #boldandbeautiful https://t.co/I7sMcgIo6w

Fans have been speculating on what’s wrong with Sally.

Many theories have been thrown around. Parkinson’s disease and Multiple Sclerosis are a few of the illnesses that fans believe could be causing Sally’s tremors.

This week viewers will learn what’s wrong with Sally when she finally goes to the doctor. Katie is there with Sally as she receives her diagnosis.

Fans are worried about Sally’s fate with the show. Many wonder if her condition will be something she can overcome or if it’s something terminal.

Whatever Sally’s illness is, it’s going to affect her life both professionally and personally.

B&B Spoilers: Will this reunite Sally and Wyatt?

As Sally deals with the aftermath of her diagnosis, she’s going to need a lot of support.

Many feel that this could reunite her with Wyatt.

Wally fans were furious when Wyatt broke Sally’s heart again, and hope he’ll realize he made a mistake.

Even though Sally wants to keep this a secret from Wyatt, the truth is eventually going to come out. When it does, Wyatt’s going to rush to Sally’s side.

While Wyatt will be reaching out as a friend, Sally’s illness could make him realize she is the true love of his life.