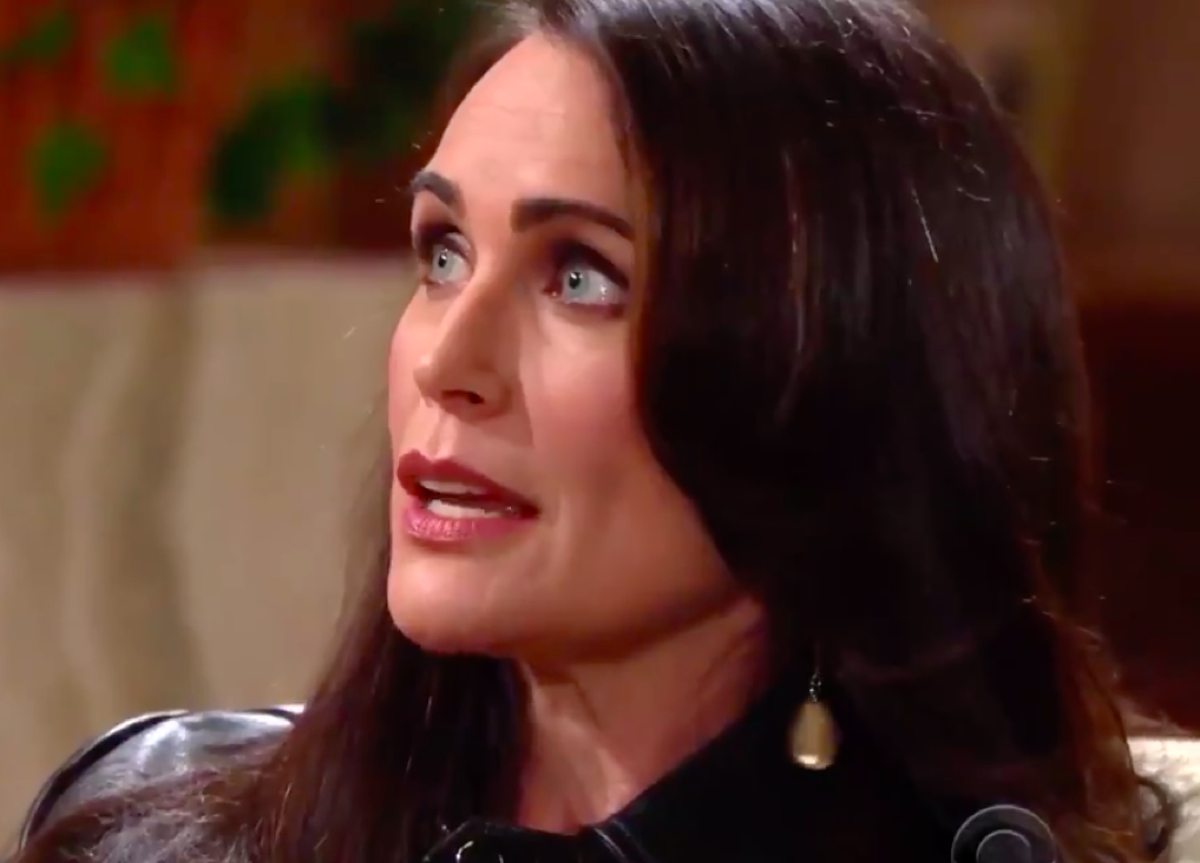 The war between Quinn and Brooke is heating up. The tension started when Brooke came over to the Forrester mansion and demanded Shauna Fulton (Denise Richards) stay away from her husband Ridge Forrester (Thorsten Kaye).

Quinn became angry when Brooke attacked her friend, but her anger soon increased with Brooke’s actions went further. Brooke made things worse when she suggested Eric Forrester (John McCook) dump Quinn. After overhearing the conversation, Quinn slapped Brooke, who then declared a war.

Brooke may think she’ll be able to win the war between her and Quinn, but she’s got another thing coming.

When Quinn sets her mind on something there’s no stopping her. Right now, her main focus is stopping Brooke.

Quinn has become tired of Brooke throwing her weight around and ordering everyone to give in to her demands. She feels it’s time someone knocks Brooke down a peg, and she’s the person who’s going to do that.

Bold And The Beautiful Spoilers: But How Far Is Quinn Fuller willing To Go In Her Plan?

B&B viewers have seen how dangerous Quinn can get. Upcoming spoilers indicate she may return to the dark side in order to get rid of Brooke.

In the past; Quinn’s resorted to kidnapping, pushing someone off a cliff, and possibly even murder to protect herself and her loved ones. Who’s to say she won’t use the same tactics on Brooke?

Even though Quinn’s been reformed, she’s showing signs of going back to her old ways. Her anger is at an all-time high. Not only has Brooke attacked her friend, but she’s also trying to interfere in her marriage.

If Quinn’s threats don’t get Brooke to back off, then she’ll have no other choice than to resort to the next step in her plan.

Brooke knows how crazy Quinn is and even though she’s vowing not to back down, she better be careful around Quinn or else it could cost her dearly.

Do you think Quinn will go back to the dark side in order to stop Brooke?