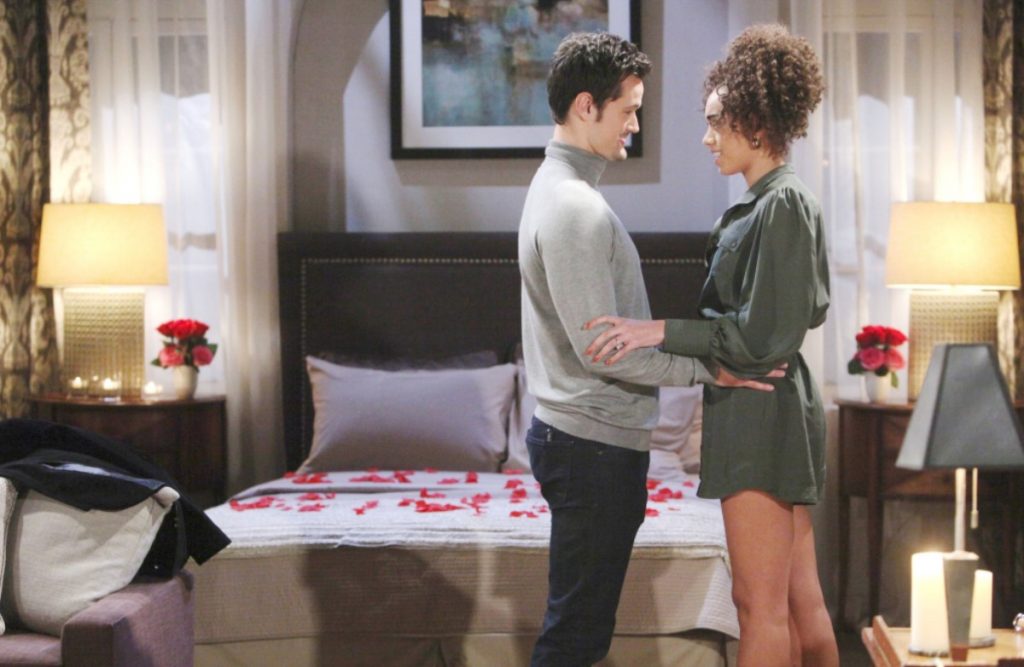 The Bold and the Beautiful (B&B) spoilers tease that Thomas Forrester (Matthew Atkinson) has just pulled off a pretty big feat. He managed to get Zoe Buckingham (Kiara Barnes) to agree to marry him, and he did it in a very public way. As B&B viewers know, he proposed at a Forrester dinner party, right in front of Hope Logan (Annika Noelle) and Douglas Forrester (Henry Joseph Samiri), which caused quite the scene.

Thomas also thought he detected a little bit of jealousy with Hope as well, which is exactly what he wanted. Hope ended up rushing into Thomas’ bedroom during an intimate moment between him and Zoe, and Hope got an eyeful of them together, just like Thomas wanted. Hope was distraught by the whole thing, and Thomas’ plan worked well for him.

Well, according to the Bold and the Beautiful spoilers, Thomas is nowhere near done with his plan. He Is apparently going to force the issue with Hope and Douglas by insisting on a quick wedding to Zoe. B&B spoilers say that he’ll accelerate the timeline for his wedding to Zoe, probably under the guise of not wanting to wait to be her husband.

But in reality, an accelerated wedding timeline will all be part of Thomas’ grand plan. He wants to cause Douglas to get Hope to realize that she should be marrying him for Douglas’ sake. And it seems that the faster a wedding approaches, the more urgent and uncomfortable the situation will get for Douglas, which will feed right into Thomas’ plan.

Of course, B&B viewers know that what Thomas wants more than anything is for Hope to tell him that he can’t be with Zoe, because he needs to be with her instead, or because there might be a chance that they could be together down the line. He’s hoping that forcing Douglas and Hope to attend a wedding between him and Zoe will make that happen, but it’s a pretty risky plan.

After all, Douglas could have a serious emotional meltdown, and it could harm the little boy, who seems to think that Hope will be taken away from him if Zoe becomes a permanent part of the picture. At any rate, ongoing B&B spoilers say that Thomas and Zoe’s wedding will at least start, but will it finish? Will Thomas get his way and will Hope do what he wants and stop the wedding?