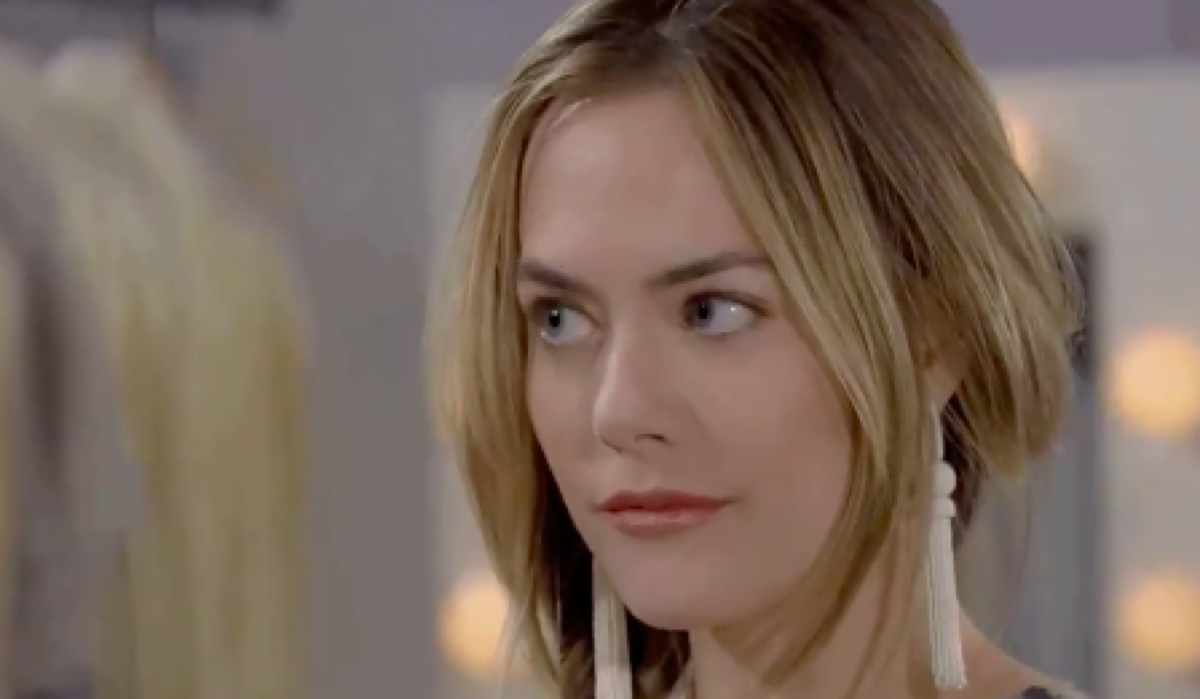 The Bold and the Beautiful Spoilers – Hope Logan Will Be Snooping – And Barge In Intentionally!

Hope wants to prove to herself that she really is on the right track thinking that Thomas really has moved on from her, since she has had to listen to both Liam Spencer (Scott Clifton) and her mother, Brooke Logan Forrester (Katherine Kelly Lang) warning her that Thomas was just using Zoe to throw her off the track and that his real goal was still herself!

So, she decides to do a little private investigation on her own and snoops on Thomas and Zoe to see if she can tell if he’s for real about moving on with her – he seems to be, and it seems real enough to upset Douglas Forrester (Henry Joseph Samiri) and Thomas even proposed marriage to Zoe publically, at a big family dinner that he had put on recently.

Hope just wants to make sure that she is judging things correctly, but she also wants something to report back to her mother and to Liam about what her findings are when she does surveillance work – in layman’s terms, snooping – on Thomas and Zoe, especially when the couple thinks that they are alone and that no one is around.

She won’t try to capture intimate moments between the couple on her cell phone or anything like that – or maybe she should! That would be undeniable proof that Thomas really has moved on with Zoe, if she can capture the right information, although she may feel like somewhat of a voyeur! Liam and Brooke are right about one thing – Hope doesn’t need to be wrong about this and put herself in danger – although one has to consider – does she really think Thomas is dangerous? If she does, why is no one trying to get Douglas away from him?

The Bold and the Beautiful Spoilers: Ridge Suspicion Of Thomas – Zoe Is In Danger From Villain #bb #boldandbeautifulhttps://t.co/2s8KUGdw7U

Hope observes Thomas and Zoe go into a room and shut the door behind them – of course, even though there should be implied privacy, if they really want privacy they should lock the door from the inside, unless the door doesn’t have a lock – which is possible, but unlikely.

She thinks they are still just having a conversation but then opens the door and gets too much information – she sees them both naked and in bed, and they jump up to cover quickly as Hope, totally mortified, apologizes to them and flees! She has her proof – but a lot more proof than she really wanted, and now she can’t unsee what she just saw!