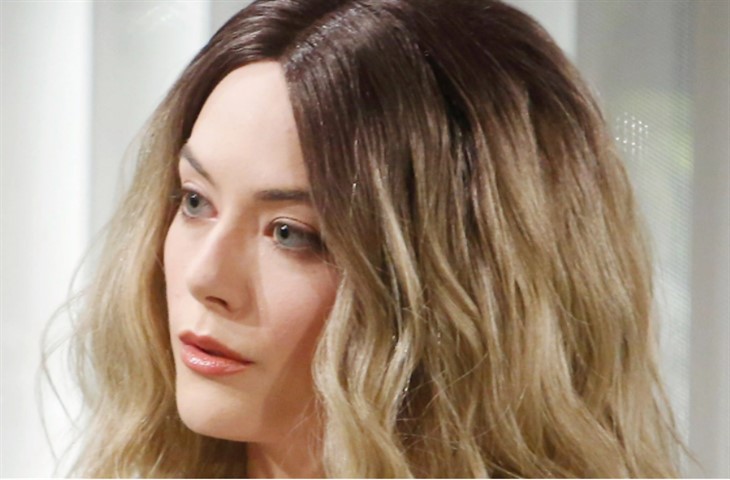 The Bold and the Beautiful spoilers document that Thomas Forrester’s (Matthew Atkinson) seeming reconnection with Hope Spencer (Annika Noelle) is purely based on perception. In the minds of Thomas and Liam Spencer (Scott Clifton) it happened. But Hope and the viewers know the truth.

A brilliant scene was crafted that had Thomas venturing even deeper inside his hallucinatory world. He saw Hope return to his apartment awhile after she left with Douglas Forrester (Henry Samiri). Then, Clifton’s deeply concerned character approached Thomas’ front door.

The Bold And The Beautiful Spoilers – Why Was The Door Unlocked?

There are times, okay many times, when soaps employ creative privileges. This was one of them, as Liam heard Thomas speaking to Hope and then witnessed what he thought was a horrifying scene.

Thomas was talking with Hope, who had forgotten her pursue. At least that’s what was playing out in Thomas’ mind. The film noir setting, which included closeups and television magic, made Atkinson and Noelle appear to be standing directly in front of each other.

Liam’s specific sight line caused him to believe that he saw Thomas kissing Hope, when actually Atkinson’s character was kissing the Hope mannequin.

So, the mannequin was in its box while the real Hope and Douglas were visiting. It was occupying space where Thomas could see Hope and the box within her proximity.

Thomas imagined that the mannequin came out of its box after Hope and Douglas had actually left. It was commanding him to get Hope and to restore his family. Noelle’s latest turn as the doll was stunning, as she projected an otherworld aura.

Viewers later saw that the mannequin’s box was empty and the real Hope wasn’t present in the room, but that Thomas was talking with and then kissing red plastic lips. Liam understandably believed that he saw Hope reconnecting with his enemy.

The Bold And The Beautiful Spoilers – From One Holiday To The Next?

B&B could stretch this storyline for many more weeks if Liam simply finds Hope at the cabin when he drives directly back home. But if he doesn’t, then he’s likely to disbelieve whatever explanation she offers.

However, Hope was with Douglas. So he would be her alibi, right?

Liam did see Thomas kissing what will be revealed as a mannequin and not Hope. So that factor, along with the teased insertion of John Finnegan (Tanner Novlan) into this part of the storyline, could propel the unusually intriguing tale well past Thanksgiving to Christmas.