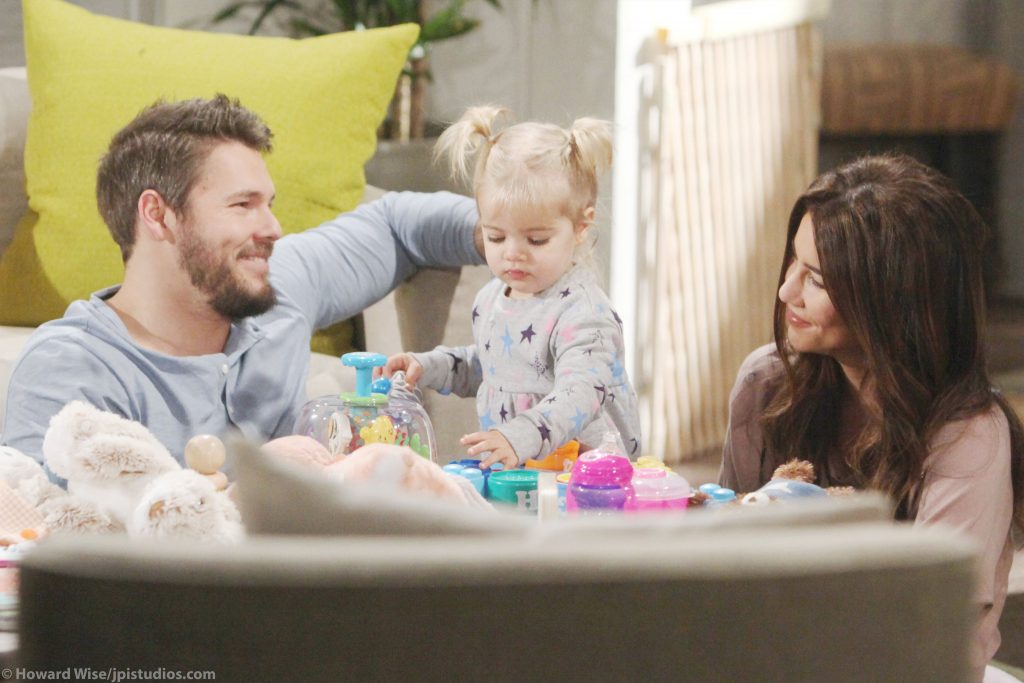 The Bold and the Beautiful spoilers tease that Steffy Forrester (Jacqueline MacInnes Wood) must capitalize on her unexpected opportunity. Realizing yet another chance to be with Liam Spencer (Scott Clifton), Wood’s character must take the lead to reestablish her family.

Liam appears to no longer be in a relationship with Hope Logan (Annika Noelle). However, they have a famous child (Beth Spencer, as played by Madeline Valdez and River Davidson), who will keep them tied together forever.

Just as Steffy once told Liam to return to Hope, circa the summer of 2018, Noelle’s character made the decision to end her relationship with Liam. That choice sent him back to the cliff house, where Steam once lived as a couple and now appears to be on the verge of doing so again.

Bold And The Beautiful Spoilers – Kelly Spencer Also In Focus

The character of Kelly Spencer (Avalon and Colette Gray) has been recast, with Zoe Pennington and Allison Marcia Sweeney having portrayed Steam’s child since late 2018. Soap fans know that child actors, especially those who are very young, are often replaced as the natural aging process occurs. It’s also fair to speculate, in this instance, that the recast coincides with Steffy and Liam getting back together.

Kelly matters as much to Liam as Beth, which underscores his status as a father to both girls. Liam’s recent comments about needing to spend more time with Kelly came after Thomas Forrester (Matthew Atkinson) challenged reality as part of ongoing attempts to undermine Lope. But, Thomas’ point, while not honestly presented, did spurn a thoughtful consideration of family responsibilities.

Hope’s witness of the orchestrated kiss that Steffy gave Liam, which he returned, served to push the nearly engaged Miss Logan over the line. She had been willing to talk out Liam’s conditioned remarriage proposal when rushing to the cliff house, but felt justifiably shocked and betrayed instead, later telling Clifton’s character as much.

What the cliff house kiss confirmed is that Liam’s feelings for Hope and Steffy remain split. Just as both couples have children, so too does Liam have lasting, deep feelings for his Lope and Steam families. That reality seems never likely to change.

What’s at issue is whether Liam and Steffy will now be able to reform their family?

Thomas remains intent on creating the family with Hope that he’s been trying to establish since nearly the moment he returned with his son, Douglas Forrester (Henry Joseph Samiri), from New York, following the unexpected death of Caroline Spencer (Linsey Godfrey). Now, almost impossibly, Hope appears to have a growing interest in Thomas.

Of course, what would be impossible on the other side of the screen is possible on B&B. And with that, Steffy and Liam have a chance to rekindle what seemed lost two calendar years ago.

General Hospital Spoilers: Jordan’s Lies Gets In Between Her And Curtis