General Hospital Spoilers: Jordan’s Lies Gets In Between Her And Curtis 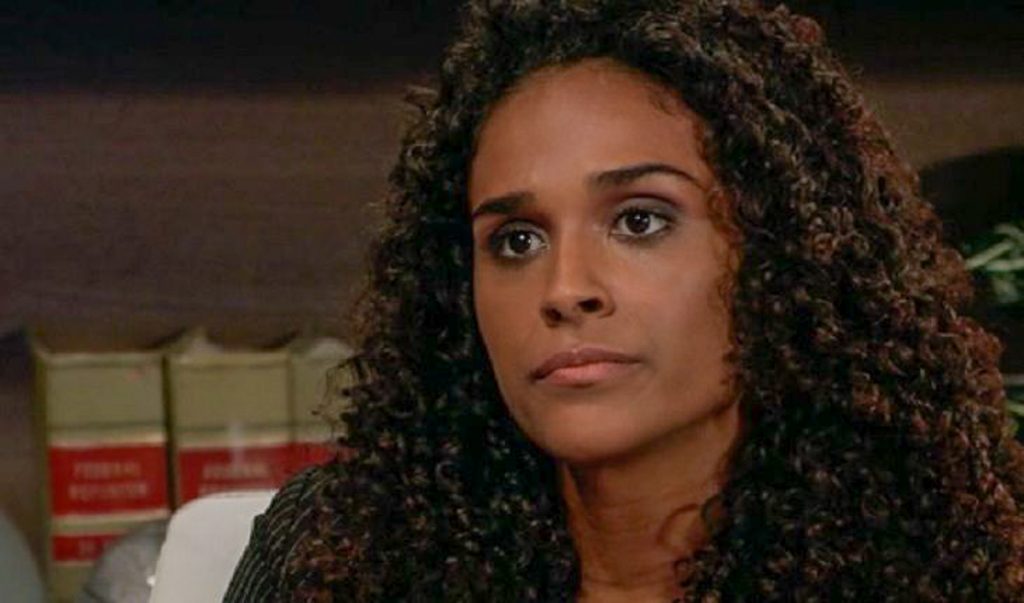 General Hospital (GH) spoilers tease that Jordan Ashford’s (Brianna Nicole Nichols) marriage to Curtis Ashford (Donnell Turner) may already be in trouble. Jordan doesn’t realize it, but Curtis has already caught her in a lie. When Curtis went to visit Laura Collins (Genie Francis) in the hospital, she mentioned that Jordan was with Marcus Taggert (Real Andrews). But when Curtis went to visit his wife at the police station, Jordan was once again with Taggert. But she told him that was the first time she had seen Taggert in years.

As viewers know, Taggert came to town at Jordan’s request. This is in regards to the death of a former colleague of theirs. But it was also implied that Jordan and Taggert had a personal relationship of some sort. But none of this really explains Jordan’s decision to lie. Curtis is a private investigator, and even if he hadn’t caught Jordan in a lie, he would definitely suspect something is up between the two.

GH Spoilers: Do Jordan and Taggert still have feelings for each other?

Regardless of what brought Taggert to town, their past relationship may not have ever been resolved. It’s possible that there are some lingering feelings between the two. And the fact she felt the need to keep their meeting a secret means she thinks she has something to hide. Curtis and Jordan have only been married a little over a year, and secrets at any point in a marriage, let alone so quickly, doesn’t bode well for the future of this duo.

Taggert admitted to Jordan that his relationship ended awhile ago. He’s been seen giving Jordan longing looks. He suggested that Curtis, Jordan and himself have dinner together, but it definitely seems that Jordan alone is who he wants to spend time with.

Will Curtis confront his wife?

Will Curtis confront Jordan with the fact he knows she already lying to him or will he let her dig herself a deeper hole. He’s already been feeling left out and Jordan has been avoiding his calls at times. It will be interesting to see how he handles the situation.

Will Jordan come clean with Curtis on her own? Or will Curtis confront her with her lies? Is Taggert interested in coming between them? Only time will tell, so stay tuned to General Hospital airing weekdays on ABC. And don’t forget to check back here regularly for all your General Hospital news, information and spoilers!

The Young and the Restless Spoilers: Is Lola Pregnant With Kyle’s Baby?