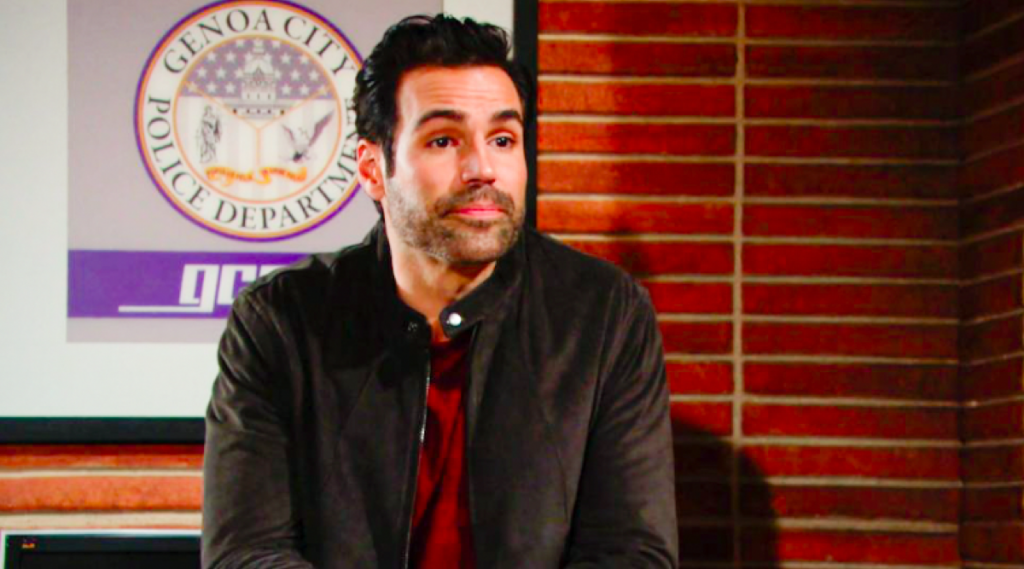 The Young and the Restless (Y&R) spoilers for Tuesday, February 11, tease that Adam Newman (Mark Grossman) and Chelsea Lawson (Melissa Claire Egan) will discuss letting go of a dream. At home, they’re settling back in after their Paris trip and don’t intend to move there permanently. It’s best for Connor Newman (Judah Mackey) to stay in Genoa City for the time being.

The conversation shifts to the upcoming Newman gala, which Adam considers attending. Chelsea asks if Adam will really be able to sit through that painlessly. Adam contends that he can get through anything with Chelsea by his side.

After Chelsea gets tired and heads up for a nap, Adam deals with his latest problem. Riza Thomas (Tina Casciani) has texted about the woman progressing from asking questions to speaking with the cops. That leads Adam to Chance Chancellor’s (Donny Boaz) hotel suite, where he informs Chance that the situation has taken an unexpected turn. Adam needs to head out to Vegas and handle it, but Chance insists on tagging along.

Nick feels like this sounds like a disaster waiting to happen, but Phyllis notes that Summer never got over Kyle. She downplays “Kola’s” quick romance before convincing Nick that they have to be supportive.

After Chance approaches Abby and fills her in on his unfinished business in Vegas, Phyllis overhears and relays what’s up to Nick. She can tell something big went down with Adam and Chance, though she doesn’t have all the details yet. Nick questions Phyllis about blackmailing Adam and wants to make sure she’s looking out for herself. Next, Phyllis cancels an appointment and mentions that she plans to hit the jackpot in Vegas.

Back in Chance’s suite, Abby comes over to get steamy again before he leaves town. As for Adam, he’ll tells Chelsea about his trip plans and gets grilled. Chelsea wants to know if this relates to the conversation she heard about regarding a woman. Adam admits it does, but Chelsea makes it clear that she trusts Adam and he appreciates her faith in him.

At the ranch, Victoria Newman (Amelia Heinle) talks to Victor Newman (Eric Braeden) about Billy Abbott’s (Jason Thompson) imminent arrival. They’re going to break the bad news to the kids. Later, Billy and Victoria do just yet. Johnny Abbott (Holden and Ryan Hare) and Katie Abbott (Sienna Mercuri) learn that Daddy won’t be living with them, so Johnny asks if they don’t love each other anymore.

Billy and Victoria do their best to explain that it’s a different kind of love. Katie suggests she’ll miss Daddy, but Billy wants them to know he’ll still be around all the time. They’ll always be a family.

Once the kids are out of the room, Victoria contends that she doesn’t want the kids near Amanda Sinclair (Mishael Morgan), which angers Billy. He thinks is all based on Victor’s bogus affair evidence. Billy rants about Victoria not deciding where he sees his kids and who they’re with.

At Crimson Lights, Ripley Turner (Christian Keyes) approaches Amanda, who’s been looking at his tracker. Ripley acknowledges the fact that it says he’s in Madison, but he wanted to talk to her again. He insists he wants to make amends, but Amanda definitely isn’t interested. After Amanda sneaks a text out, Rey Rosales (Jordi Vilasuso) shows up and arrests Ripley for violating the order of protection.

Ripley feels like it was worth it since he got to see Amanda again. Amanda counters that Ripley is a sociopath and insists that they’re done here. She later arrives back at the Grand Phoenix, where she exchanges an intense look with Billy in the elevator.

The Young and the Restless spoilers say some great scenes are coming up. We’ll give you updates as other Y&R news and rumors emerge. Stay tuned to see what else is brewing on the CBS soap.