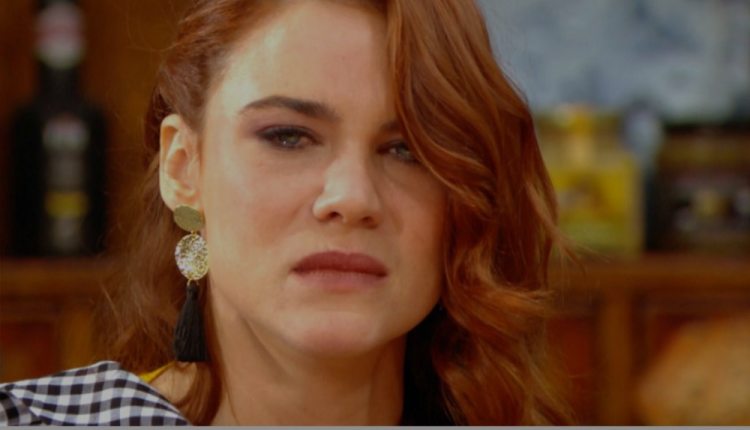 The Bold and the Beautiful spoilers reveal sickness is ravaging Sally Spectra’s (Courtney Hope) body. At the same time, she will also endure heartbreak when the man she loves breaks off their engagement. Not only that, but Wyatt Spencer (Darin Brooks) wants to go back to Flo Fulton (Katrina Bowden).

The Bold and the Beautiful Spoilers – Sally Spectra’s Sickness

B&B spoilers confirm that something is wrong with Sally. She is having a lot of troubling symptoms that are just getting worse. She will make an appointment with a doctor, but she has to wait for the test results. When she gets them back, it will tear her world apart.

While Sally is trying to deal with her illness, she is already dealing with a broken heart. Wyatt is trying to break off their engagement and go back to Flo. She simply won’t allow it and tells him he’s not allowed to leave her again. But really, how does she plan to stop him from following his heart?

The Bold and the Beautiful Spoilers – Stealing Flo Fulton’s Joy

The Bold and the Beautiful spoilers indicate that Flo thinks she will soon have back the man she loves. However, Sally pays her a visit and informs her about the status of her relationship with Wyatt.

However, that isn’t all. The two get into a debate over the heartbreaker. Flo asks Sally why she would want to hold onto someone that doesn’t want her. Then, she notices Sally’s symptoms and becomes concerned.

It is teased that Quinn Forrester (Rena Sofer) will have some words of advice for Flo. She wants her to rush down the aisle with Wyatt, even though he is still technically engaged to Sally. But will Flo really do that? Especially after she learns that Sally has an illness?

What do you think is going to happen with all these characters? Will things just get more complicated due to Sally being sick? Fans will have to keep watching the CBS soap opera to see how this all turns out.