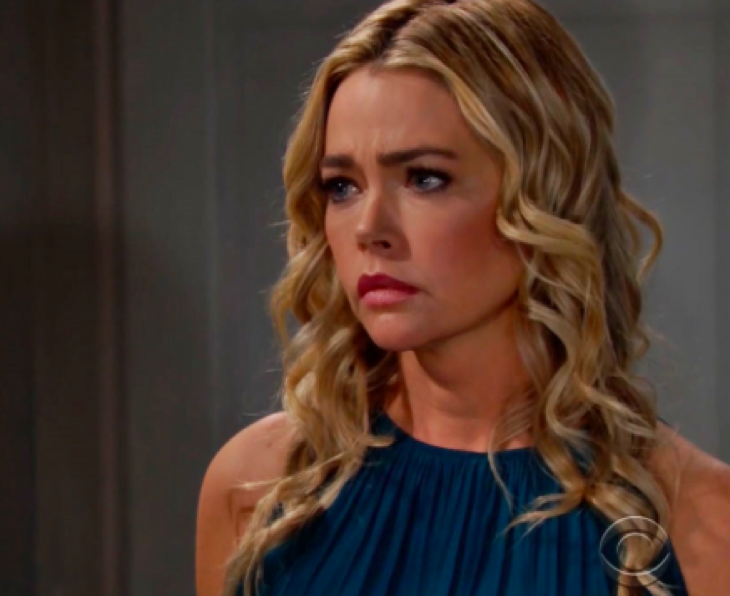 The Bold and the Beautiful spoilers & updates reveal that when new episodes return, Shauna Fulton (Denise Richards) won’t stay in Las Vegas. At some point, she will come back to L.A. While many viewers assume it will be due to Ridge Forrester (Thorsten Kaye), what if there is another reason? Could Flo Fulton (Katrina Bowden) going missing be why the vixen returns?

The Bold And The Beautiful Spoilers – Flo Fulton Goes Missing

B&B spoilers reveal that Sally Spectra (Courtney Hope) and Dr. Penny Escobar (Monica Ruiz) will have to do something with Flo. They have hidden her body for now, but what happens when she wakes up? Could they end up holding her hostage somewhere so she can’t tell Wyatt Spencer (Darin Brooks) the horrifying truth?

It is already confirmed that Shauna will continue being a part of the CBS soap opera. This means she will come back to L.A. at some point. What could be important enough for her to return? Especially after he decided to let go of Ridge?

There is nothing more important to Shauna than her daughter. If she goes missing, you better believe Shauna will come back to L.A. to try and find Flo.

The Bold And The Beautiful Scoop – Ridge Forrester Joins In Search

The Bold and the Beautiful spoilers reveal that Ridge will be surprised, but happy to see Shauna back in town. But when he finds out that Flo is missing, he will want to do his part to help. The police will likely assume that Flo disappeared, especially with the complicated situation between Wyatt and Sally.

This will leave it up to Shauna to locate her missing daughter. Of course, Ridge will want to do his part and be a hero to the Vegas vixen.

If Sally and Penny kidnap Flo and hold her hostage, they won’t be able to keep her caged up forever. At some point, they will have to find a way to keep her silent forever. Or make it seem like she’s gone mad so Wyatt won’t believe her crazy story.

However, Shauna won’t give up until she figures out the truth. Eventually, the truth will come out and the hole Sally has dug herself will be so deep she won’t be able to scheme her way out of it. This is getting way too messy and complicated, but it won’t last forever.

Do you think Shauna returns to find her missing daughter? How does Sally plan to keep Flo quiet after she regains consciousness? Will Ridge join the search to find the kidnapped woman? We will have to wait until new episodes air again to see how this story develops.

Her Majesty Had To Endure Life-Changing Event With Solemnity