Her Majesty Had To Endure Life-Changing Event With Solemnity 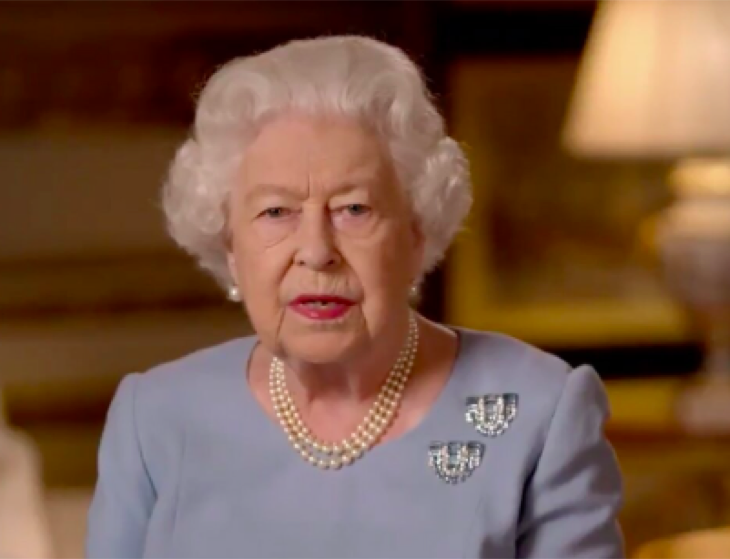 Queen Elizabeth, the longest-serving monarch, has nobly served her country with a stiff upper lip, there is no doubt about it. Even today, at 94-years old the queen’s composure is rock solid as it has been during her entire public life.

Her duty-bound sense of responsibility to country was even in evidence when she became a mother for the first time. According to royal biographer Angela Levin, the queen battled against her own emotions in order to not show affection toward baby Charles.

Why on earth would she stifle a mother’s pride and joy? Because of social tradition according to Levin.

Has Queen Elizabeth Forfeited Way Too Much For Her Country?

The assertion is stunning and one she made in the new documentary, “The Queen and Charles: Mother and Son.”

Levin talks at one point about film of then-Princess Elizabeth holding month-old Charles at his christening. “You would think it would be such an emotional moment,” she said. But according to her, Elizabeth instead tried hard to, “maintain her dignity,” at the special ceremony. Can you imagine having to hold in your emotion at such a stirring moment?

Queen Elizabeth Was Stoic With Newborn Prince Charles At His Christening

Levin went on, “Here’s the heir to the throne, that she would absolutely want to spend some private time with him. Holding him, caressing him, maybe even shed a tear.”

“But no, the Queen had to maintain her dignity. “It’s not that she loved him less, it’s that she would certainly not show it in public because it wasn’t the done thing to do.”

Meghan Markle herself has gone on record as saying she tried to keep a stiff upper lip throughout her short ordeal as a royal but was not able to. And, Prince Harry has reportedly said that his baby Archie, will most definitely never do the formal royal wave. Do they know something we don’t?
Queen Elizabeth has spent most of her life as Her Majesty

Princess Elizabeth was just 27 when told that her father, King George VII, had passed away; she inherited the throne when Prince Charles was 4 and Princess Anne was 2.

Still, over time the queen has become a bit more emotional in public according to royal watcher Angela Mollard, noting one memorable occasion when the Queen was spotted publicly shedding a tear.

It happened in 1997 when she decommissioned her beloved yacht, the Royal Britannia.

“The Queen actually wept openly about it when it was taken out of service. I think it was just such a part of so many family memories for the entire royal clan.”