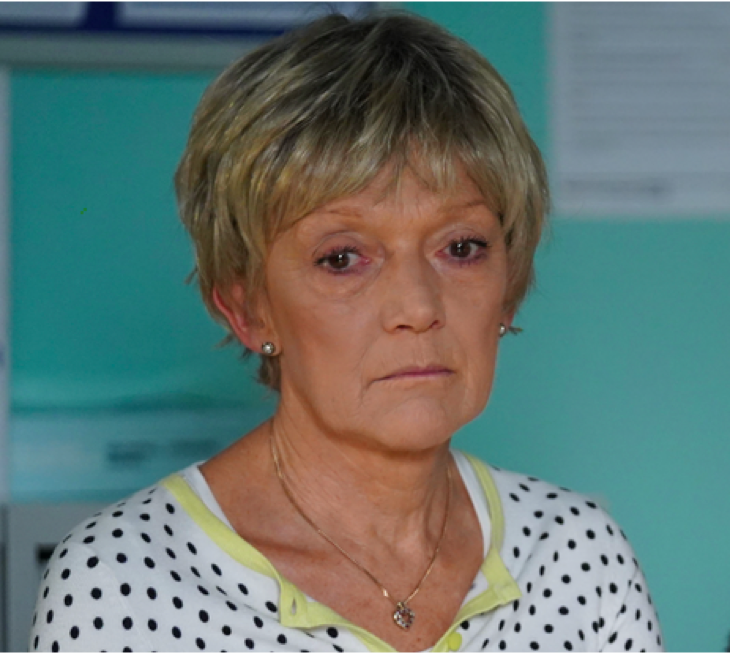 EastEnders spoilers tease that Jean Slater (Gillian Wright) has had a fairly eventful life including the recent loss of partner Daniel Cook (Adrian Edmondson). She is in the midst of another crisis, and it doesn’t look good for the lovely lady. Yet, someone will help her out when she needs it most.
Who will be the one that gives Jean a hand?

EastEnders regular Jean Slater has been on a downward spiral and it was Kush Kazemi (Davood Ghadami) who realized she wasn’t taking her medication.

In the coming days, Jean will have a seizure which only serves to complicate matters. Could it be a signal that it’s time for her kids to come and see her before something devastating happens?

Poor Jean, just when things were looking up she was dealt an unfair blow. Jean’s cancer treatment was successful and her doctors gave her a clean bill of health when her world was rocked once again.

Unfortunately, her boyfriend Daniel Cook (Ade Edmonson) passed away earlier this year and it understandably hurt Jean in ways she could hardly handle.

EastEnders Spoilers – Before Passing, Daniel Cook Returned From The Dead

Over the Christmas holiday, an ill Daniel shocked Jean by returning from the dead. His initial intentions were good, as he wanted to spare Jean the pain of watching him die. However, his emotions got the best of him and he came back so he could say goodbye.

Although the end was sad the couple was able to do some things on his bucket-list prior to his death.

EastEnders Spoilers – Is It Time For Jean’s Kids To Return To Walford To See Their Mom?

Jean’s family has also stressed her a bit as her daughter Stacey Fowler (Lacey Turner) departed Walford last year and her niece Kat Slater (Jessie Wallace) has also left the Slater house which means that Kush has also had a lot to deal with.

This week he will play a pivotal part when Jean has a scary medical situation. Explosive show spoilers reveal that she will suffer a frightening seizure and those around her will be frantic to help.
Is there still time to reunite with her family? Be sure to tune in and find out!