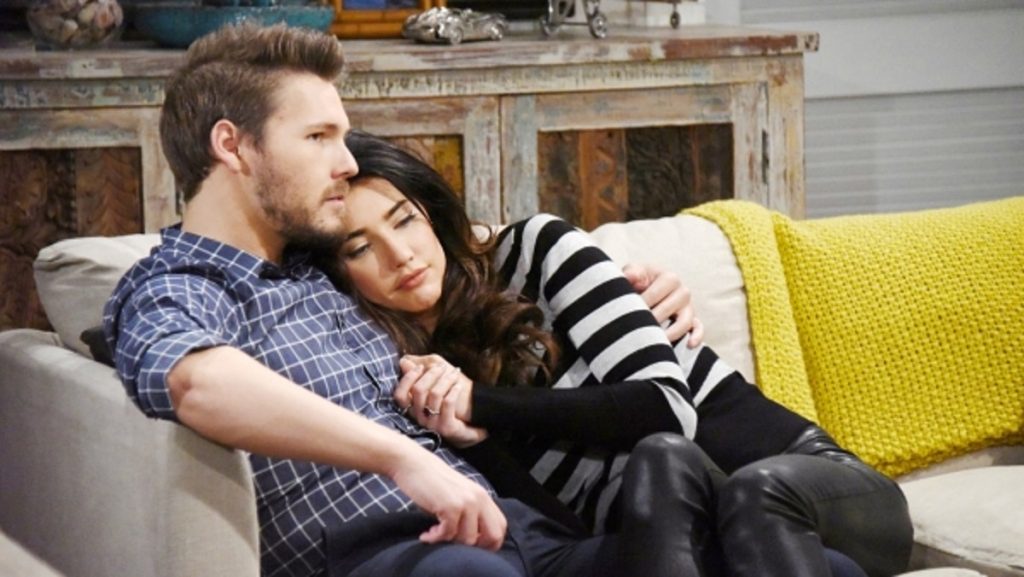 The Bold and the Beautiful spoilers document that Steffy Forrester (Jacqueline MacInnes Wood) continues to stand alone, with her greatest personal focus remaining on her daughter, Kelly Spencer (Avalon and Colette Gray). Of course, her father, Liam Spencer (Scott Clifton), is still Steffy’s true love. But that feeling must be equal to sustain an enduring and healthy relationship.

Lope has been together and apart through the years on Bold and the Beautiful. More recently, it appeared as though the time Liam and Steffy were spending together at what once was the Steam house would lead to a reconciliation. Sadly, for fans of the one-time couple, that didn’t happen.

Steffy’s place as co-head of Forrester Creations with her father, Ridge Forrester (Thorsten Kaye), continues to offer solace. Wood’s character is key in the family business, with her influence naturally expanding through the years.

Various Logan family members are incorporated at FC. Past issues with Hope, in particular, have subsided as both ladies learned to coexist at work. Of course, it’s better to be Steffy, as her last name is on the digital letterhead.

Liam does care for Kelly as much as he does his younger daughter, Beth Spencer (Madeline Valdez and River Davidson). The recent reversal of living arrangements has Liam living with Hope and Beth again.

Thomas Forrester (Matthew Atkinson) invented an absence issue in the recent past. He claimed that Liam wasn’t a good father to the daughter he had with Steffy. That was fully rich, as Thomas has used his own son, Douglas Forrester (Henry Joseph Samiri), since returning from New York, in multiple failed attempts to gain Hope’s love.

What’s Next on The Bold and the Beautiful When Soap Returns?https://t.co/TmLfpFMGzF

Clifton’s alter ego created two families and he’s been honest in his efforts with both of them on Bold and Beautiful. Yes, he’s vacillated between Steffy and Hope, but not in handling his parental responsibilities.

What Happens Next On The Bold and the Beautiful?

Any hope for Steam reunion would seem ill-advised. Why revisit a relationship that doesn’t appear to have the potential to become more than what it’s been in recent years on The Bold and the Beautiful episodes?

And so Kelly will continue to live with her mother by the beach. Steffy will also team with Ridge, when he’s not distracted by his own romantic issues, to keep FC on top in the fashion world. Here’s also hoping that she finds a new romantic love, or whoever he is finds her, as Steffy is fully deserving of that.