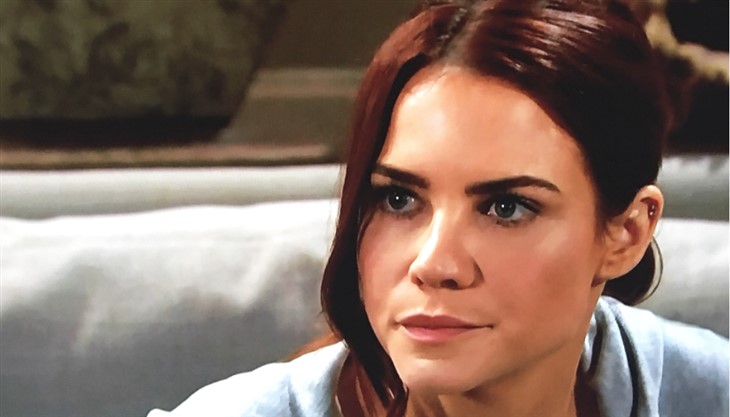 CBS The Bold and the Beautiful spoilers tease that Sally Spectra (Courtney Hope) lied about the most serious topic and did so over such an extended period of time that Wyatt Spencer (Darin Brooks) was right to think she was faking her collapse. Viewers will see that Sally is actually hospitalized, with a legitimate diagnosis of her actual condition soon following.

Crying wolf made Sally look like a cad. Her obsessed need to be with Wyatt, at all costs, naturally infuriated Flo Fulton (Katrina Bowden) the instant she saw Sally’s digital records at Doctor Penny Escobar’s (Monica Ruiz) office.

The Bold And The Beautiful Spoilers – Sham Ends In Disaster

Sally offered a tearful explanation of her behavior in the recent past, which included a three-month absence of new episodes in real-time due to the production shutdown.

Wyatt and Flo stood incredulously while Sally recanted why she claimed to be dying. Her explanation was rather sad when heard out loud, in full, and with her two targets present.

Hope’s character basically wanted to be loved and she convinced herself that including Penny in the scheme would force Wyatt to realize that he cared for her more than Flo.

Sally’s acknowledgment of reality came after she radically changed her plan midstream. Kidnapping Flo made no sense but thankfully wasn’t played out over the course of weeks, or months.

It’s possible to guess that B&B would have kept the extension of this storyline going if the production shutdown hadn’t happened. With whatever was true, it was wise to allow the reveal to happen as the first new shows were seen late in the first week when B&B was back on the air.

The Bold And The Beautiful Spoilers – Sally Spectra’s Path Forward

Anyone who appreciates a dynamic character and the actor who embodies that type of role does not want to see Hope written off the show, meaning that Sally will actually be diagnosed with a deadly condition and then die.

However, she could have a serious condition. Such a scenario would allow Wyatt and Flo time to digest all that’s happened. They’re good people, as proven by their compassionate response to Sally during the period where she was thought to be gravely ill.

A believable path forward would have Sally’s preexisting symptoms represent a condition that can be addressed through surgery or a medical treatment program.