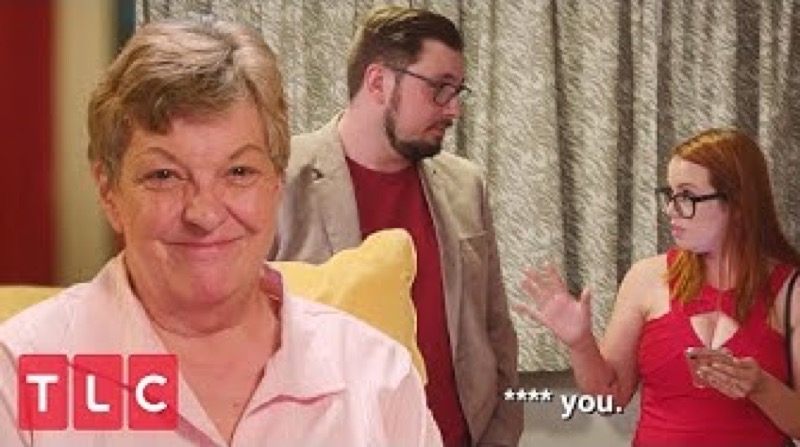 TLC’s “90 Day Fiancé-Happily Ever After” star Jess Caroline freaks out when she finds out Vanessa Guerra, Colt Johnson’s mostly platonic friend, is cat-sitting for Colt and Debbie Johnson while in Brazil, and it was intentional – Debbie set it up!

In a new preview, Colt and Jess come see Debbie in her hotel room before leaving for a night on the town. Debbie tells them they look beautiful, and they thank her. She wants to know why they are so dressed up, and they tell her they are going out for the evening. Jess encourages her to come along and tells her since it’s her first time in Sao Paulo she should get out and have some fun.

Colt agrees and tries to get her to join them. Debbie declines. However, she brings up that Vanessa has contacted her with a status update on their cats, and sent a photo of one of their cats, Izzy, and asks if they want to see the photo. Jess hears the name “Vanessa” and freaks out! “WHAT??!!!” she exclaims: no one told her that Vanessa was taking care of Colt’s cats, and she comes down on Colt about it!

He explains he didn’t tell her because he knows she doesn’t like Vanessa and obviously didn’t want to open a can of worms, although Debbie doesn’t have a problem with doing so! Debbie pops in and interrupts, telling Jess that they are HER cats and she was the one who contacted Vanessa, who she says is HER friend to care for HER cats in HER house while she and Colt are away in Brazil!

Colt is obviously upset as Jess continues to rant about Vanessa, who she is very jealous of, and Debbie continues to push her buttons! Jess complains that Vanessa wants to have sex with Colt, and doesn’t believe him when he tries to defend himself and tells him to eff off! She continues ranting that Colt promised not to talk to Vanessa and yet she is in HIS house taking care of HIS cats, totally ignoring what Debbie said about herself asking Vanessa to care for the cats.

Obviously, the cats would be more comfortable with a person familiar to them housesitting instead of them being put in a kennel for an extended amount of time, and even Jess should understand that, but the kitty sitter being Vanessa has gotten on her last nerve! Debbie continues to rant that Vanessa has ulterior motives, even as Debbie continues to say Vanessa is HER friend, and Jess shouts, “Just me crazy?”

She calls Vanessa a bitch as Colt looks like he is getting a headache and tries to reason with her and calm her down. She’s not hearing anything but her own jealousy. She’s not having any of their talk about Vanessa being a good person and a good friend! She continues ranting that the “good friend” wants sex with Colt and implies she’s trying to steal him while at the same time implies Colt is cheating on her with Vanessa!

Even Debbie says Vanessa doesn’t want sex with Colt – but then the scene cuts to the TLC producers asking Debbie if she knew that Jess had a jealousy problem with Vanessa. She didn’t say, but the look on her face tells it all! A TV commercial for that episode shows the rest of the scene – Jess continuing to rant and slamming the door as she leaves the room, and Debbie telling her she was acting like a spoiled little girl and needs to grow up!

Stay tuned to “90 Day Fiancé-Happily Ever After” on TLC, and check with us frequently for all the latest news, updates, and gossip about all your fave “90 Day Fiancé” shows and stars!