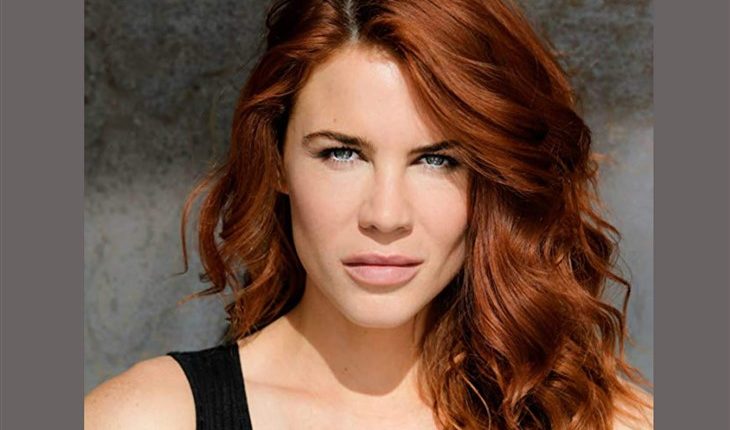 The Bold and the Beautiful spoilers document that Sally Spectra’s (Courtney Hope) storyline creates a fair game question for all B&B fans. Is Hope leaving the cast?

Based on the developing storyline, Sally could either be imprisoned for a long period of time, or she could die. The second point seemed to merely front the outrageous lie she’s been telling for months.

Sally’s knowingly false claim that she has some type of terminal condition was part of her plan to win Wyatt Spencer’s (Darin Brooks) love back. That failed, as did her fleeting attempt to have his child.

But the hospitalization of Hope’s character should make viewers wonder if Sally really is facing a serious health issue and might even die? However, there is no news that confirms Hope’s B&B regular contract status has changed.

The Bold And The Beautiful Spoilers – Pause Button Finally Released

It’s been extremely excruciating for all fans to have been waiting for fresh episodes since late April. Everyone understands why the delay happened.

A catch-up episode, that included a handful of characters discussing developments that happened earlier this year served to remind fans of the recent past and create a bridge to the two new episodes that had been produced by mid-March but were not aired until the third full week in July.

With the pause button released, viewers saw that Sally and Penny Escobar (Monica Ruiz) had taken Flo Fulton (Katrina Bowden) out of Wyatt’s house. Flo was tied to a radiator at Sally’s apartment.

Meanwhile, Wyatt was unsure where Flo was. He wasn’t initially concerned about her whereabouts until he read a distress message that Flo wrote on Sally’s clothing.

Flo grabbed Sally, which caused Hope’s character to take a hard fall. She hit her head and was momentarily unconscious. That was a turnabout for Penny having knocked Flo on the back of the head at the end of an episode that was seen nearly three months ago.

Sally will soon be admitted to the hospital. Fans will learn whether that’s a result of her head injury if it proves to be more than a mild bump and if some other previously undiagnosed condition will be revealed.

The Bold And The Beautiful Spoilers – Sally Spectra Is A Survivor

Devoted fans know that Sally, like her famous great aunt, Sally Spectra I (Darlene Conley), is very resilient. So maybe Sally won’t face any legal consequences and will avoid jail time, even if Flo and Wyatt report what happened.

Sally could be hospitalized due to the effects of a concussion, with no other issues found to be in play. She could be diagnosed with any type of mild to deadly condition, but still survive.

Hope is a strong actor and her character is ever-compelling. Daytime fans are surely hoping that she will remain part of B&B’s cast indefinitely, no matter what peril Sally faces.

The Bold and The Beautiful News Update: Don Diamont Has A New Love – Posts Fun…