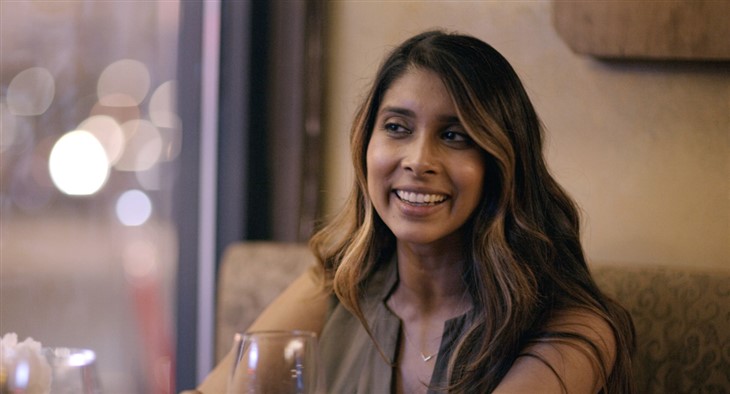 ABC Dancing With The Stars Season 29 spoilers indicate that the producers for the hit ABC soap are yet to make any announcements about the cast, there are several reality television stars out there who are dropping some massive hints about wanting to join the show. One of them happens to be Nadia Jagessar, star of Netflix’s wildly popular new show, Indian Matchmaking. Here’s what you need to know.

Several eagle-eyed fans noticed that in one of Nadia’s most recent Instagram stories, she dropped a massive hint to the producers of the show by writing, “Just wrapped an interview with @barstoolradio. Shoutout @dancingabc your girl is available for next season!”

Of course, it didn’t take very long for the chatter to start on social media, as a lot of Nadia’s fans believe that she would be perfect for the reality dancing competition show. Not only does she have a fun, bubbly personality on Indian Matchmaking, but she also has a background in dance, too.

Meanwhile, the New Jersey native is still looking for love. The wedding planner told Oprah Magazine in a new interview that she initially signed up for Indian Matchmaking because she was ready for “her moment.” Unfortunately, that moment never came for her.

Even though things didn’t work out for her, Nadia doesn’t regret joining the Netflix show at all. She told the publication, “My life has turned upside down in the best way possible. I got recognized on the streets of New York the other day—even with my mask and glasses on.”

Now, whether or not the producers of Dancing With The Stars gives her a call remains to be seen. So far the only cast member that has been confirmed for Season 29 is The Bachelorette star Kaitlyn Bristowe. We will definitely update you with all of the latest information as it comes in.

In the meantime, let us know what you think by leaving us a line with your thoughts in our comments section below. Also, come back right here for all the latest news and updates on your favorite celebrities and reality shows and spoilers on The Bold and the Beautiful, The Young and the Restless, General Hospital and Days of Our Lives.

The Bold And The Beautiful Spoilers: Sally Not Totally To Blame, Did Wyatt Or Penny Enable Her More?