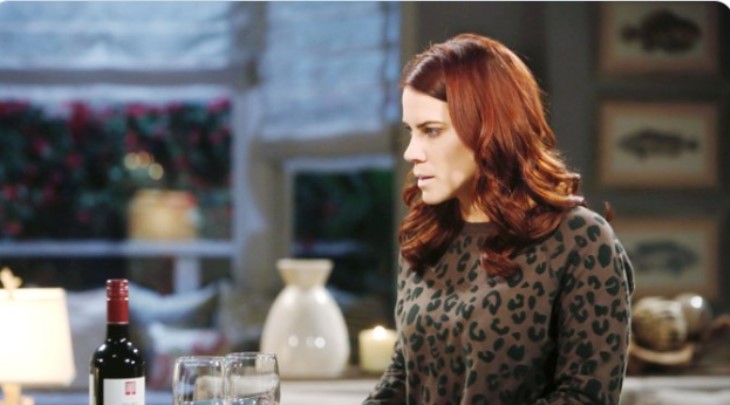 The Bold and the Beautiful spoilers tease that Sally Spectra (Courtney Hope) is living in a romanticized reality. Her choice to look back at the brief relationships she had with Wyatt Spencer (Darin Brooks) is fueling a radical attempt to reclaim him now.

Wally’s second connection was shorter than its first, with both lasting a period that could be counted in weeks. However, Sally sees Brooks’ character as her greatest love.

Wyatt is trying to get Sally to accept how he feels. She’s at least recognized that Flo Fulton (Katrina Bowden) is his current love, but appears to be shifting tactics in an attempt to trap him.

Dr. Penny Escobar (Monica Ruiz) regrets ever agreeing to trade her invented, terminal diagnosis for promised access to movers and shakers at Forrester Creations. Penny doesn’t like being a doctor and wants to pursue her passion, which is fashion design.

Flo is an interested party in this most unusual situation that had Sally move back into her old boyfriend’s beach house. That happened with Flo’s consent, as she and Wyatt believe Sally only has weeks to live.

Wyatt’s true love (sorry, Sally) visited Penny at her office. Ruiz’s character had a sketchpad with a colorful drawing on it. Flo’s eye wasn’t initially caught at the start of their conversation about Sally’s mysterious situation but was by the end of the talk that went nowhere.

Zoe will be proven right, with the likelihood that she and Flo will help to force this reveal somehow.

Sally knows that she needs to soon enter a period of miraculous remission, or have Penny proclaim her cured. Either outcome is urgent because the 30-day time limit on Sally’s life is about to expire in soapy time.

The Bold and The Beautiful Spoilers: Sally Agrees To Treatment, But She Demands Something From Wyatt https://t.co/XomYudHtQf pic.twitter.com/hAR4BOLULu

No matter how long Sally extends this ruse, it’s sure to fall of its own weight. Improvising as she goes, Hope’s dynamic character wants to permanently tie herself to Wyatt. That probably means a pregnancy will be declared. Whether it will be real or not is something B&B fans are surely considering.